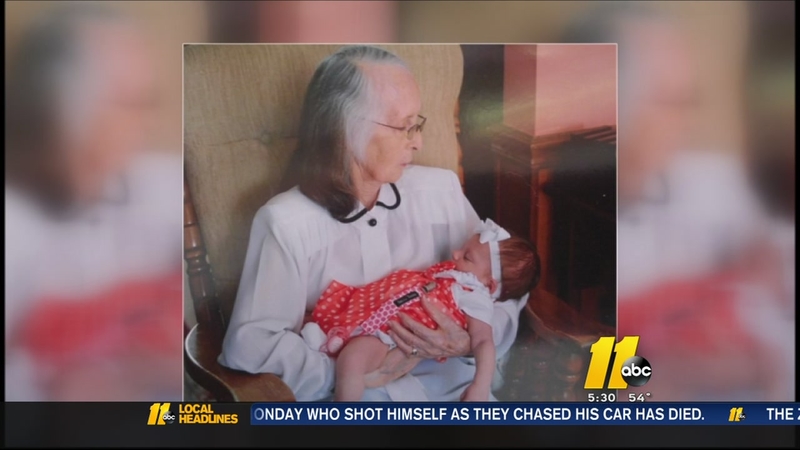 The N.C. Center for Missing Persons issued a Silver Alert for Rose Marie Kiviniemi, 85. She was believed to be suffering from dementia or some other cognitive impairment.

On Thursday afternoon, the Silver Alert was canceled by the Zebulon Police Department. About 1:30 p.m., Zebulon Police responded to a deceased person call behind a residence in the 600 block of Sexton Avenue.

Officers identified the body as that of Kivineimi, who was reported missing on Wednesday. She was found a little less than a mile from her home.

Kiviniemi, who was about 5 feet tall and weighed about 80 pounds, was last seen wearing a nightgown and people in her Yates Place neighborhood worried about whether or not she would have survived the cold of night.

Neighbors said Kiviniemi was rarely seen outside her home unless she was on her way to a doctor's appointment, so her disappearance was puzzling.

Ron Corter, her next-door neighbor, joined in the search for Kiviniemi.

"Only to walk the part of the woods that are around the storm water containment area, down here which I thought would be the common way that she would move, and saw nothing," Corter said.

ABC11 reached out to Kiviniemi's family, who did not want to make any comments at this time. People who knew Kiviniemi say this is devastating.

"The fact that she apparently came out and wandered off some direction makes no sense at all," Corter said. "It's just a sad situation."