WTVD
By by Tim Pulliam 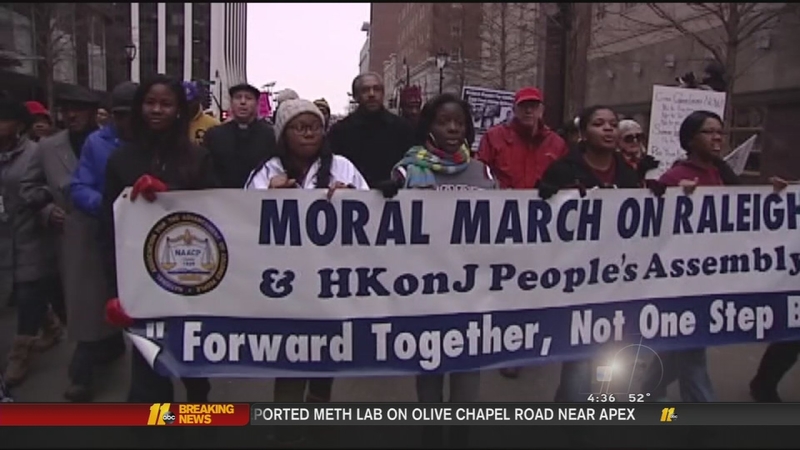 The goal? Encouraging people to vote.

NAACP leaders say this is not going to be just a march, with people returning home immediately after. Leaders want this to be a voter mobilization effort.

North Carolina chapter president Rev. Dr. William Barber said the 10th anniversary Moral March will feature speakers from a relative of a slain civil rights activist. Also speaking will be people who have been impacted by civil and social issues, from immigration, unemployment, healthcare, and racial inequality to voting rights.

.@ncnaacp says the right to vote is scared. It is mounting a get out to vote campaign during #MoralMarch Rally pic.twitter.com/xEsV2DLQR1

The NAACP said they hope to mobilize 4,500 volunteers from the Moral March rally on Feb. 13. Organizers hope those volunteers will target potential voters throughout North Carolina to get them registered and educated about the voting process.

For more information on the Moral March, click here.

"We know Democrats are demoralized by the candidacies of Hillary Clinton and Roy Cooper and their hypocrisy is astounding, especially when it comes to North Carolina's voting law. This is just one more effort by Rev. Barber and the rest of the Moral Monday crowd to scream, shout and attempt to build support for the left's failing candidates."