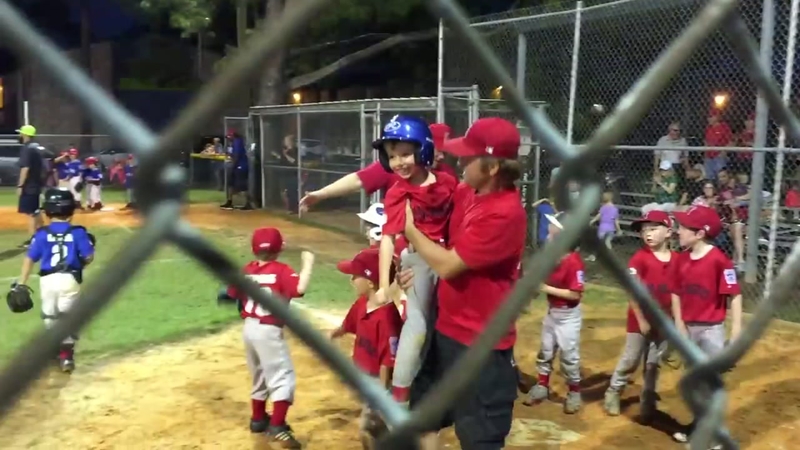 HOUSTON -- When a Houston area Little League season started, Mason Keene told his mother, Heidi, that he only wanted two things - to get a trophy and to hit a home run.

This past Friday, not only did he get his home run wish, but his round-tripper was one that won the game for his team, and put sportsmanship on full display.

Mason, who's dreamed of playing baseball for years, has a condition called hypotonia. It affects his muscles and joints, which makes running very difficult. This spring, after some hesitation, his mother signed him up for NASA-area Little League League.

Mason's wish came true when his team, the Angels, was taking on the Rangers in the coach-pitch division. The Rangers coach had an idea. He wanted to see Mason not only get the game-winning hit, but to also watch him run the bases with an inside-the-park home run. He did and it was the game-winner. Video from that big hit is above.

Way to go Mason! Way to go Angels. And way to go Rangers. This is what sports and sportsmanship are all about.