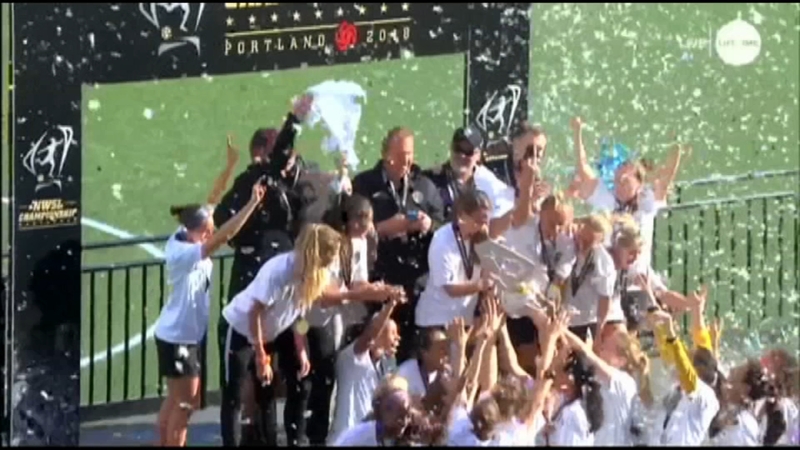 CARY, N.C. (WTVD) -- Without a doubt, the North Carolina Courage continues to be a powerhouse in the NWSL but there's one team constantly giving them trouble.

During the past three seasons, the Courage has faced Chicago nine times in the regular season and has only won once.

On Sunday, though, the Courage will look to beat the Red Stars when it counts -- in the NWSL championship game.

Should they win, the Courage would become back-to-back champions.

One of the mantras in the locker room that's been fueling the team all season is "lay the tracks." The team wants to be unique and write its own story.

The Courage has done that, making it three consecutive trips to the NWSL championship match and winning the regular-season title in each of those years.

Another thing pushing the Courage to its next title is the community, especially their young fans. They want to inspire them and show them they too can play professional soccer.