After George Floyd's murder and the reckoning that followed, some HBCUs see increase in enrollment "I needed to find a space where I felt comfortable and that's definitely what I got at NC Central," said Nia Martin, who hopes to get her master's in chemical engineering and start her own firm.

"It's just fun to know we're going through this experience together," said Maya Martin, who plans to eventually attend law school. Her aspirations are to become governor of the state.

The Charlotte natives always knew they wanted to attend a historically Black university.

But George Floyd's murder by the knee of Derek Chauvin one year ago Tuesday reaffirmed to them the HBCU experience is vital.

"It's just like walking around you see all aspects of Black growth, Black prosperity," said Nia Martin. "Sometimes it's just hard to describe because there's just nowhere in the world where you see something like this than an HBCU."

According to an article released this month by Forbes, HBCUs are seeing enrollment growth after George Floyd's death. 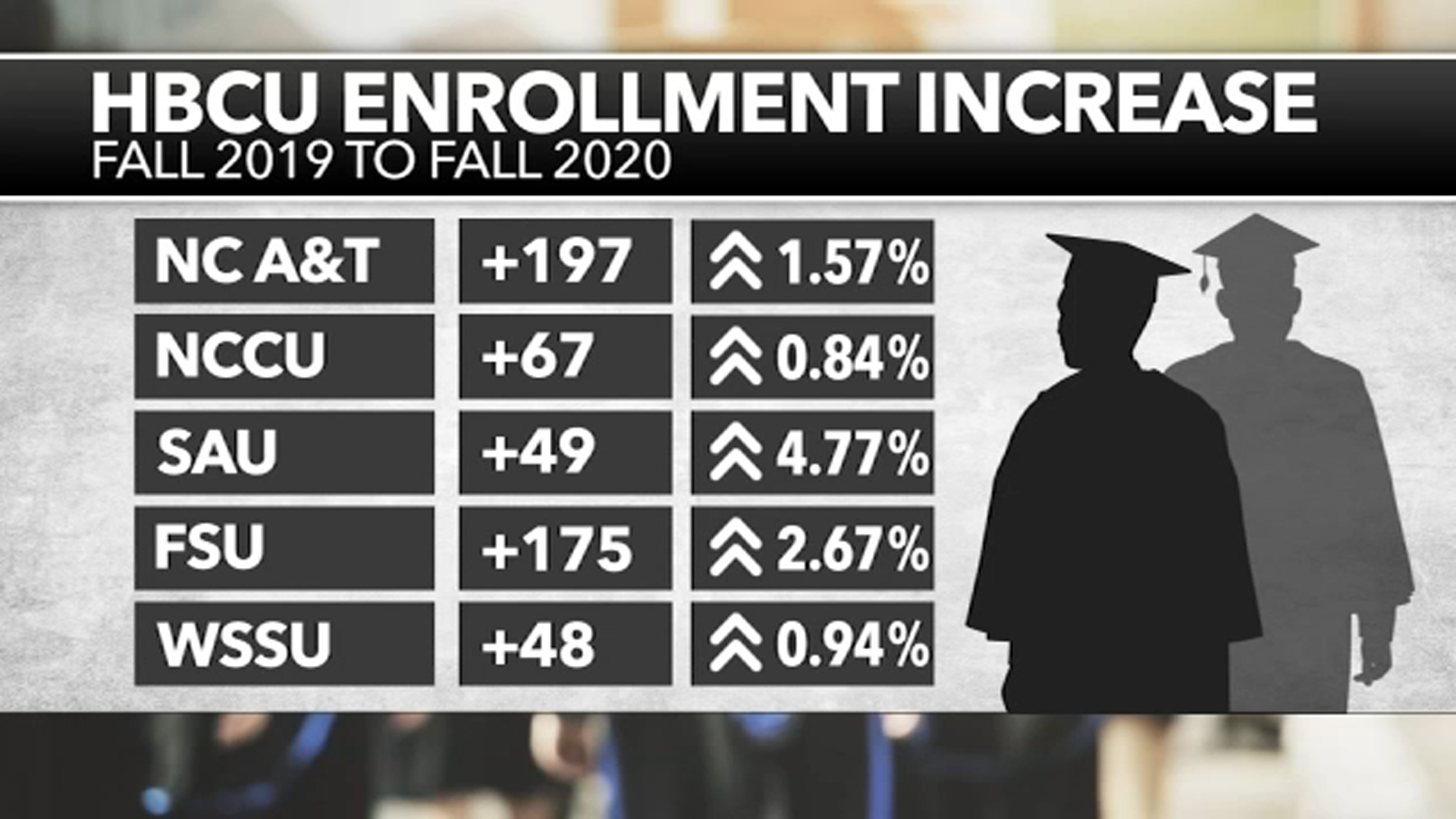 How to watch Our America: The HBCU Experience on ABC11

"It's important because it lends itself to student succeeding academically," said Wilson. "If your main thoughts or your main concerns are around your safety, then you're not really concentrating on school."

"A bright light had been shined on HBCUs and people began to see these are just tremendous, great institutions, alumni, their voices became louder during the pandemic and it caused people to really look at HBCUs.

But some HBCUs ABC11 said their growth is tied to years of strategic planning and not George Floyd's murder.

"All the school you listed have kind of organized themselves in way around enrollment and taken an approach making enrollment a division inside their organizations and that's not something Shaw has done in the past. That's where we are today," said Terrence Dixon, who is Shaw's first-ever vice president for enrollment manager.

Dixon's goal is to change Shaw's culture around recruiting, retaining and graduating students.

"This is really about breaking down silo walls inside of Shaw and making enrollment the business for everybody on the campus," said Dixon.

That will also include student, who now feel deeply connected to the legacies of HBCUs and the impact of George Floyd.

'You don't want to be in an environment where you have to defend your Blackness': More students enrolling in HBCUs as hate crimes increase

"It pushed and continues to press the importance of fighting for racial and social injustices, the fight for inequality and equity," said Jameliah Pinder, a rising junior at Shaw University.

"I just encourage everyone to go to an HBCU because you won't really truly know who you are in some capacities until you are in an environment when you do not have to fight to just be seen and heard," said Maya Martin.