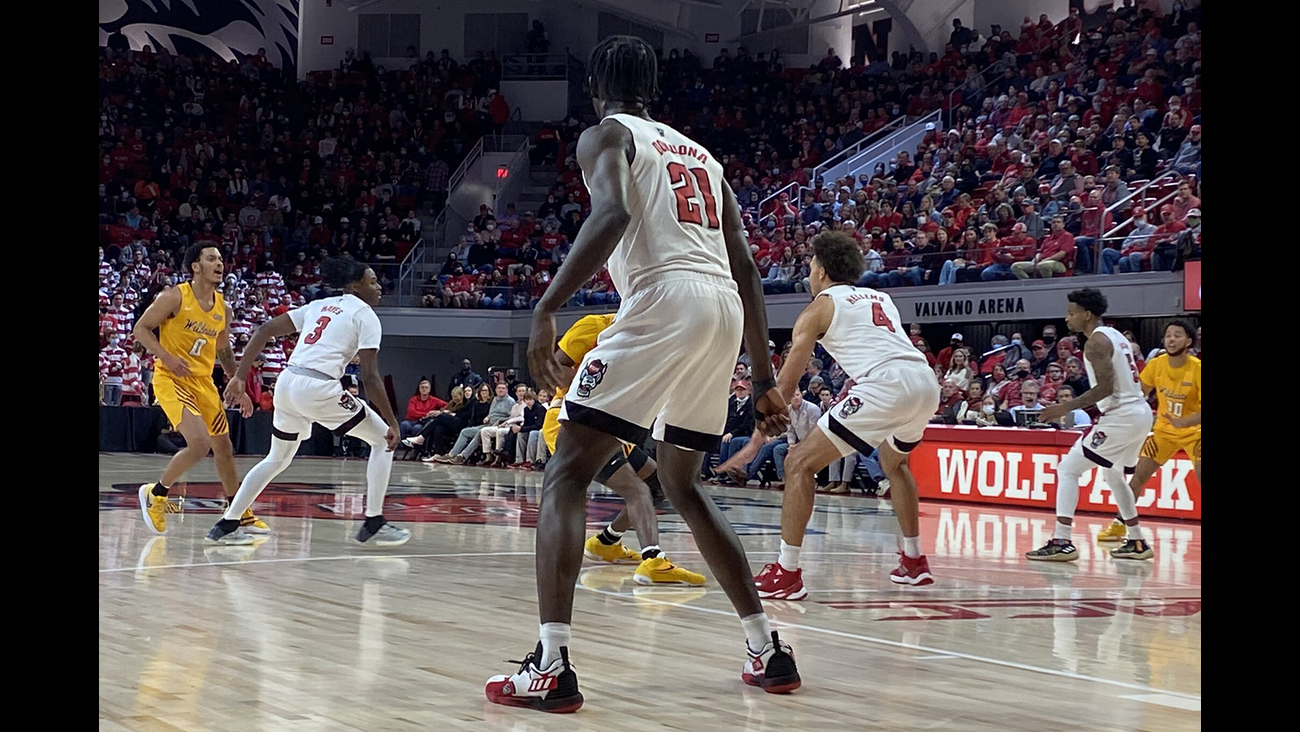 N.C. State pulled away from game Bethune-Cookman for a 65-48 win at Reynolds Coliseum on Thursday night. (Charlie Mickens)

Smith and Jericole Hellems combined to score the opening nine points of the game as it took nearly four minutes for Bethune-Cookman to score. Seabron gave N.C. State a 30-20 lead with 4:19 left in the first half but Bethune-Cookman got within 34-29 at the break by making five of its last seven shots.

N.C. State closed the game on a 10-2 run as Bethune-Cookman missed seven straight shots in the final six minutes.

Both teams shot less than 40% from the field.

Hellems finished with 13 points for N.C. State (7-2), which faces No. 1 Purdue on Sunday in Brooklyn, N.Y. at the Basketball Hall of Fame Invitational. Seabron recorded his sixth double-double of the season.

Purdue's reign at the top will be short-lived as the Boilermakers fell to Rutgers 70-68 on Thursday night.

Seabron was named ACC player of the week for the second time this season after averaging 25 points, 14 rebounds, and three assists in N.C. State's 104-100 quadruple-overtime victory over Nebraska and a 73-68 loss to Louisville. Smith was the freshman of the week, averaging 13 points and 7.5 rebounds.

Joe French scored 12 of his 14 points in the first half and Dylan Robertson added 10 points for Bethune-Cookman (1-8). The Wildcats are led by new head coach Reggie Theus.