'It's crazy': Wolfpack fans ecstatic after upset of No. 9 Clemson 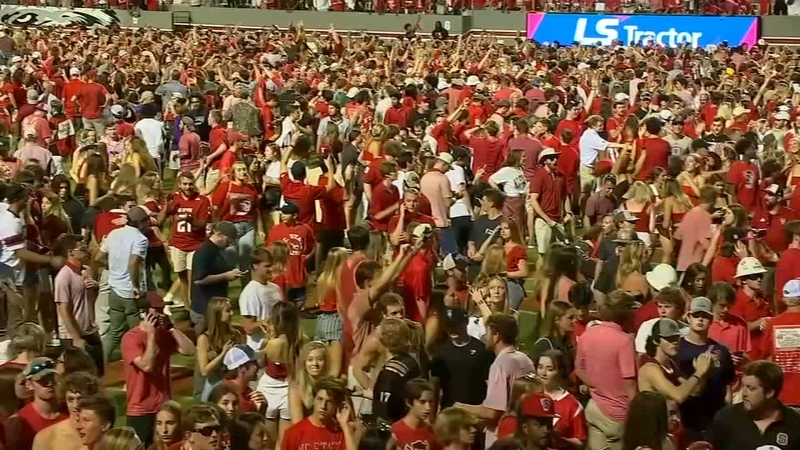 Wolfpack fans ecstatic after upset of No. 9 Clemson

RALEIGH, N.C. (WTVD) -- In just one sentence, Wolfpack head coach Dave Doeren summed up the feelings of so many fans.

"The curse is broken, NC State," Doeren said during his postgame news conference after a thrilling 27-21 double-overtime victory Saturday over No. 9 Clemson.

Even before the game, fans expressed optimism that this year, and this team, were different.

Wolfpack fans ecstatic after wild win over Clemson at Carter-Finley. Reaction and breakdown of the game tonight on @ABC11_WTVD pic.twitter.com/e2rw0KYl0F

"I feel more energy, absolutely. And let me tell you why -- because we can do it, we can beat them. And I think the energy's here, and the energy is in the stadium," said Debbie Devers.

The energy was certainly felt in Carter-Finley, with loud cheers after every big play and stop in what was largely a defensive battle. The teams were knotted up 7-7 at halftime, with NC State taking the lead in the third. However, Clemson tied it at 14-14 up in the fourth.

The Wolfpack missed two field goals late in the quarter with a chance to take the lead, including one in the final seconds of regulation.

Clemson scored a touchdown to begin overtime. The Wolfpack answered. In the second overtime, NC State scored on a Devin Carter catch that Pack fans will long remember.

NC State failed on the two-point conversion, however, putting added pressure on their defense. The Wolfpack defense, which largely shut down Clemson's offense all afternoon, did so one final time, sending the crowd into a frenzy.

"It was crazy. I wasn't expecting that. I really thought Clemson might have had us at one point, but we just came back and just destroyed them. It was great," said Dylan DiEdwardo. 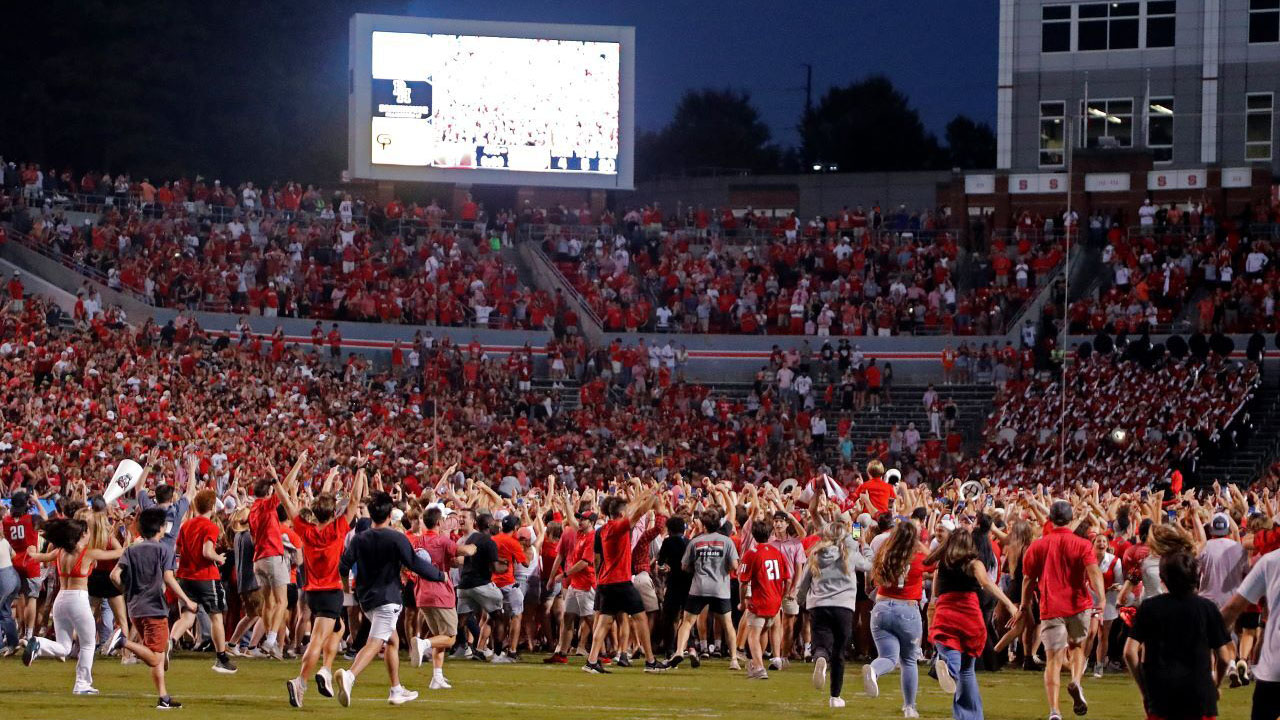 Another fan, a State alum added: "I'm still pumped up right now, I still can't believe it. Like I literally cannot believe it."

This was the first ACC game that saw a full crowd since 2019, as capacity restrictions because of the pandemic kept most fans out for the 2020 season. NC State had two home games against USF and Furman earlier in the season, both victories. Still, the anticipation of welcoming a Top 10 team into town was palpable at tailgates.

Under Doeren, the Wolfpack had never beaten a Top 10 team.