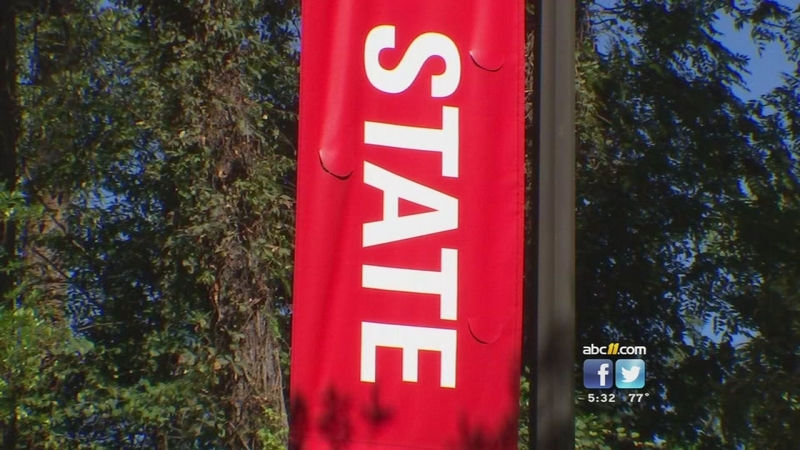 RALEIGH (WTVD) -- A residence hall with a $15 million price tag is in the planning phase at North Carolina State University.

The four-story project, tentatively titled Case Commons, is designed to house 62 students: 30 student-athletes from the men's and women's basketball teams along with 32 non-student-athletes.

This follows an NCAA rule which does not allow any residence to have more than a 49 percent student-athlete population.

N.C. State's Deputy Athletics Director, Chris Boyer, said that although he won't deny the dorms might helpful in trying to recruit top student-athletes, the primary purpose of the special dorms is to attract them to live on-campus.

Boyner said the dorms are meant to promote academic success and better integration to campus life for student-athletes by putting them closer to services provided for them.

The plan is to build Case Commons next to the Case Academic Center, where student-athletes are provided with tutoring services. It is also near to the athletic dining hall where they're served evening meals.

The plan for the Case Commons dorms at #NCState is to build it next to the Case Academic Center & athlete dining hall pic.twitter.com/3ci3kBdHOp

The cost of the dorm will be financed by the university, but paid for by the Wolfpack Club, using private donor funds, according to Wolfpack Club's executive director, Bobby Purcell.

Purcell said the Club is still fundraising for the dorm and accepting offers for the naming right to the building and its various dormitories.

Some students say the new dorms are a sign of preferential treatment towards athletes.

"I think it's ridiculous because the dining hall is already for athletes and it's one of the best dining halls on campus," said Tiasia Owens-Shuler, an undergraduate. "So it's just one more thing that's added on to athletes having special treatment."

Other N.C. State undergrads said they hope it will entice top recruits to join the Wolfpack.

"It couldn't hurt to have a better basketball team, and that might attract some people, but I might be a little jealous you know, staying in my dorm," said student Ian Hopkins.