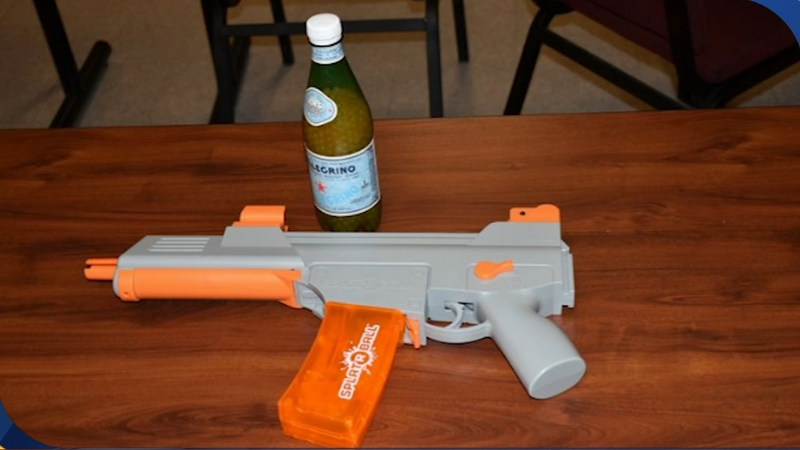 PINETOPS, N.C. (WTVD) -- The Edgecombe County Sheriff's Office confirmed a Southwest Edgecombe High School teen is facing charges for having an airsoft toy gun on campus and firing it at other students.

The incident allegedly happened while students were getting onto school buses to leave school for the summer break. The student, a 15-year-old boy, took the airsoft style toy gun from his backpack and began shooting it at other students, the sheriff's office said in a news release. A teacher who witnessed the incident seized the weapon and turned the student over the the School Resource Officer (SRO).

The SRO is working to obtain juvenile petitions against the student involved for disorderly conduct and possession of a weapon other than a gun on school grounds.