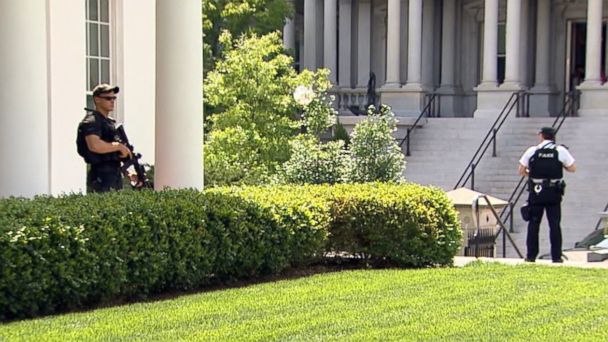 WASHINGTON -- The White House was locked down for around 45 minutes this afternoon after a man carrying a gun near the complex was shot by Secret Service agents, a senior administration official said.

Just after 3 p.m., an adult male carrying a gun approached a Secret Service checkpoint on the outer perimeter of the White House grounds, near 17th and E Street Northwest.

The man ignored commands from Secret Service officers to drop his weapon, and began brandishing his firearm, the official said.

A Secret Service agent then fired a single shot at the suspect, wounding him, according to the official. He was then taken into custody and Secret Service personnel administered first aid.

The suspect was transported to a local hospital, where he is being treated.

The president was not in the White House at the time of the incident and the lockdown was lifted just after 4 p.m. Vice President Biden was reported to be "within the complex" at the White House, but is "secure," according to a spokesperson.

Snipers took to the White House roof with guns drawn as people were cleared off the streets. Some people were heard screaming on Pennsylvania Avenue.