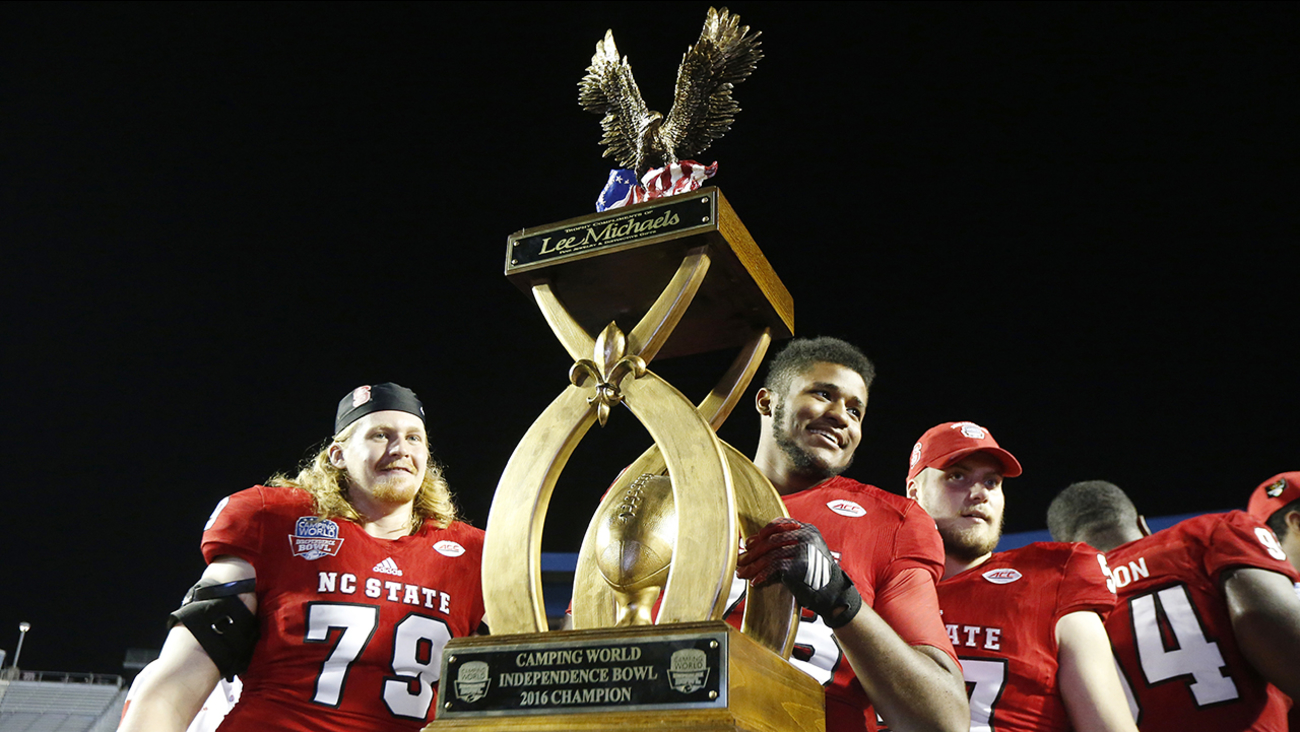 North Carolina State (7-6) won three of its final four games to finish with a winning record. The Wolfpack built a 28-3 lead by midway through the third quarter - largely thanks to Samuels' touchdown catches of 9, 55 and 17 yards - and then held off a brief Vanderbilt rally.

N.C. State's Jaylen Samuels dives into the end zone for the first of his three touchdown receptions Monday.

"Just give him the ball in as many ways possible," Finley said.

North Carolina State coach Dave Doeren said Samuels' big night wasn't necessarily planned, but when Vanderbilt loaded the defense to stop the run, he was the man who was open.

"We were just taking what they were giving us," Doeren said. "And then our receivers did a great job of blocking for him."

Vanderbilt (6-7) had a lot of momentum going into the game thanks to surprising wins over Mississippi and Tennessee to end the regular season. But the Commodores' offense - which scored a combined 83 points against the Rebels and Volunteers - struggled for most of the night.

Doeren said they're gonna be celebrating this win for a long time. The players said they can't wait to return to NC to see the fans #abc11 pic.twitter.com/IDMyG355ar

"We looked a little rusty," Vanderbilt coach Derek Mason said. "All the way around - special teams, offense and defense. We just didn't look like the Vanderbilt team that came out of the regular season."

"There's a fine line between being aggressive and careless," Shurmur said. "And I crossed it a few times."

Even so, the Commodores briefly made things interesting, closing to 28-17 early in the fourth quarter. But that's when Hines responded his big kickoff return to put the game out of reach.

The Wolfpack ends a frustrating season with an impressive win. They were fantastic on defense for most of the night and the Finley-to-Samuels connection couldn't be stopped by Vanderbilt.

N.C. State also gained a measure of revenge for a 2012 bowl loss to the Commodores.