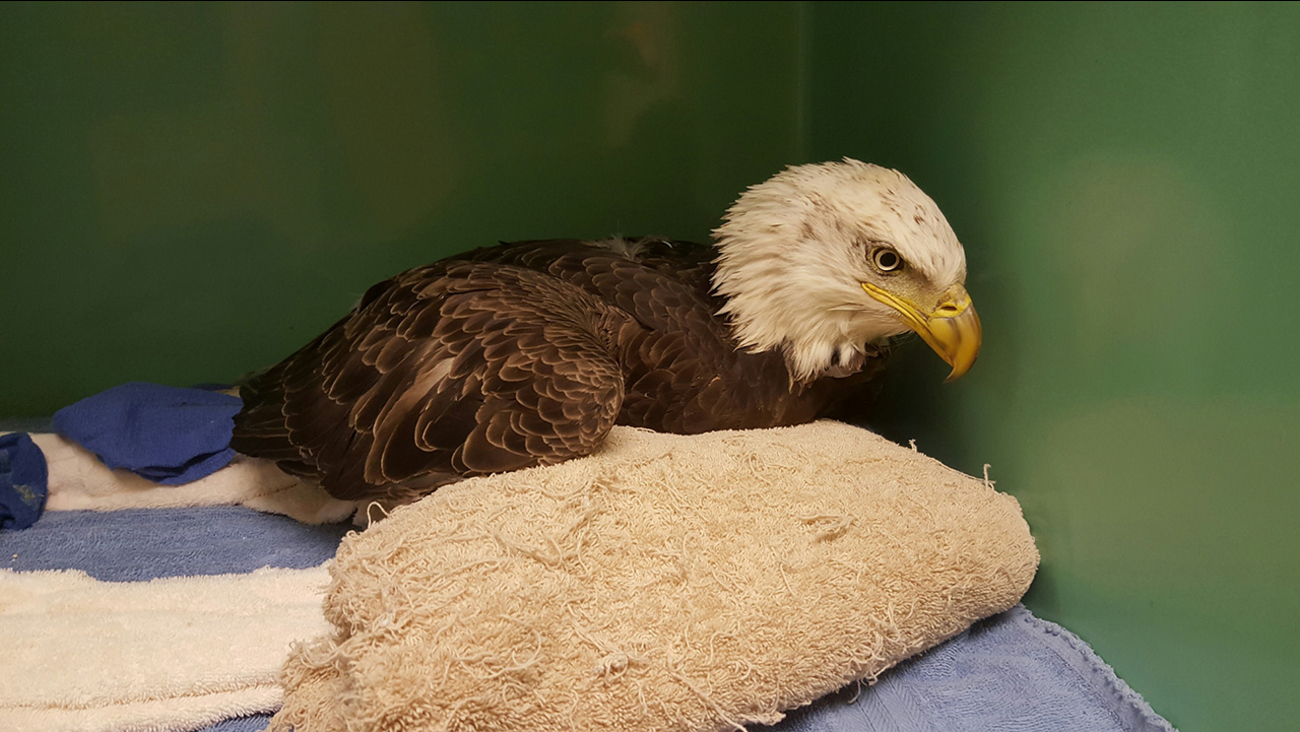 HOLLY SPRINGS, N.C. (WTVD) -- Dan Johnson, a veterinarian at a north Raleigh clinic, got a call Sunday about a bald eagle found in a landfill. The bird was weak and unable to stand.

"He was found at the landfill in Holly Spring, kind of crouched over, not moving," said Johnson.

The man who found him brought him to Johnson at the Avian and Exotic Care Clinic and right away the vets went to work.

The vets aren't exactly sure how the eagle got into such bad shape. They said one idea is that the bird could have eaten a plastic bag or wrapper at the landfill.

Johnson had another theory. "Was he feeding on an animal that was euthanized and had euthanasia solution in its bloodstream? I don't know."

He said bald eagles usually don't feed at landfills and prefer to hunt fresh food, but this bird could have gotten sick before and went to the dump because it could no longer hunt.

The x-rays show that whatever is making the eagle sick has already enlarged its heart and stomach.

The vets will continue treatment and start feeding Monday night. They are optimistic if the eagle stays stable like it is right now.