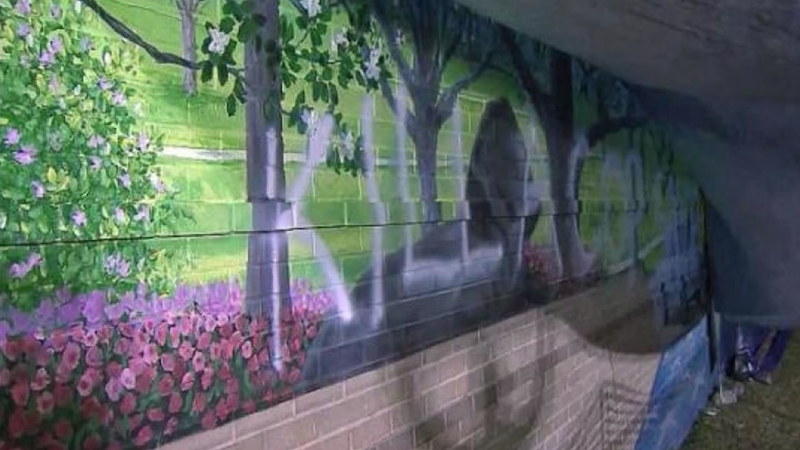 GARNER (WTVD) -- The Garner Police Department announced a $5,000 reward Monday for information about the vandalism of a mural on a building that's soon to be the department's new headquarters.

They've also launched a GoFundMe site to play for repairing the vandalism.

The mural, designed and painted by Garner artist Vincent Wood, was defaced by the words "Kill A Cop, Save A Child" scrawled in white on the building on 7th Avenue.

"I don't think we can do anything but assume it is a real threat. I think we'd be foolish to do anything else," he explained Monday.

The backdrop to the message is obviously the national debate over police involved shootings of young men - even children. But Garner's top cop says police relations here aren't that volatile and he reminded people that police have been targets too.