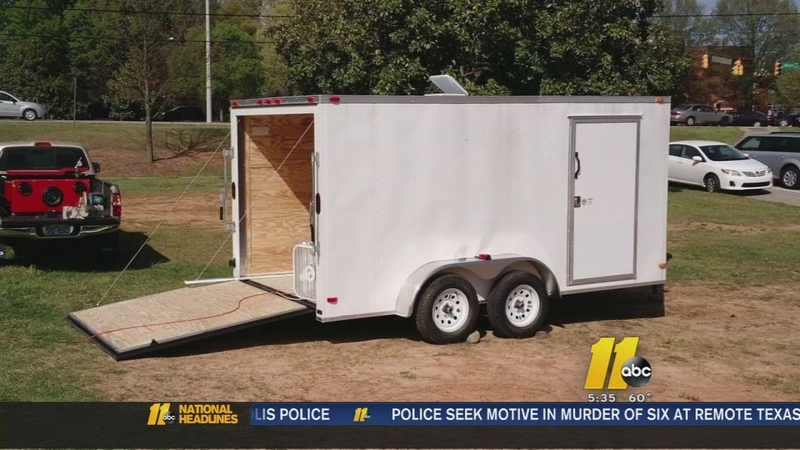 RALEIGH (WTVD) -- The N.C. State University Aerial Robotics Club is asking whoever stole their trailer to give it back.

The trailer doubles as mission control for flight tests and competitions.

Members of the club noticed someone cut the trailer's locks and ripped off the license plate. Nothing inside the trailer was stolen, but Tompkins filed a report with NCSU police and replaced the locks for the night.

The next morning around 7 a.m., club members went back to the trailer to load it for a full day of flight tests in Butner, but it was gone.

"It does stink a lot," said Tompkins. "Especially for the people who put all the work into the trailer."

Tompkins said seven months ago the club used money from various university organizations and sponsors to buy the trailer and convert it into a ground station.

"When we go out to do flight tests or go to competition, it's where we set up all of our equipment to run our airplane," he explained.

While the club doesn't store its precious aircraft in the trailer, it will now have to replace the unit along with a generator, wired intercom systems, targets, and other items.

Tompkins said it's a big setback, but his club will pull together to overcome it.

"Well, the only thing we can do is keep on going to make it to competition."