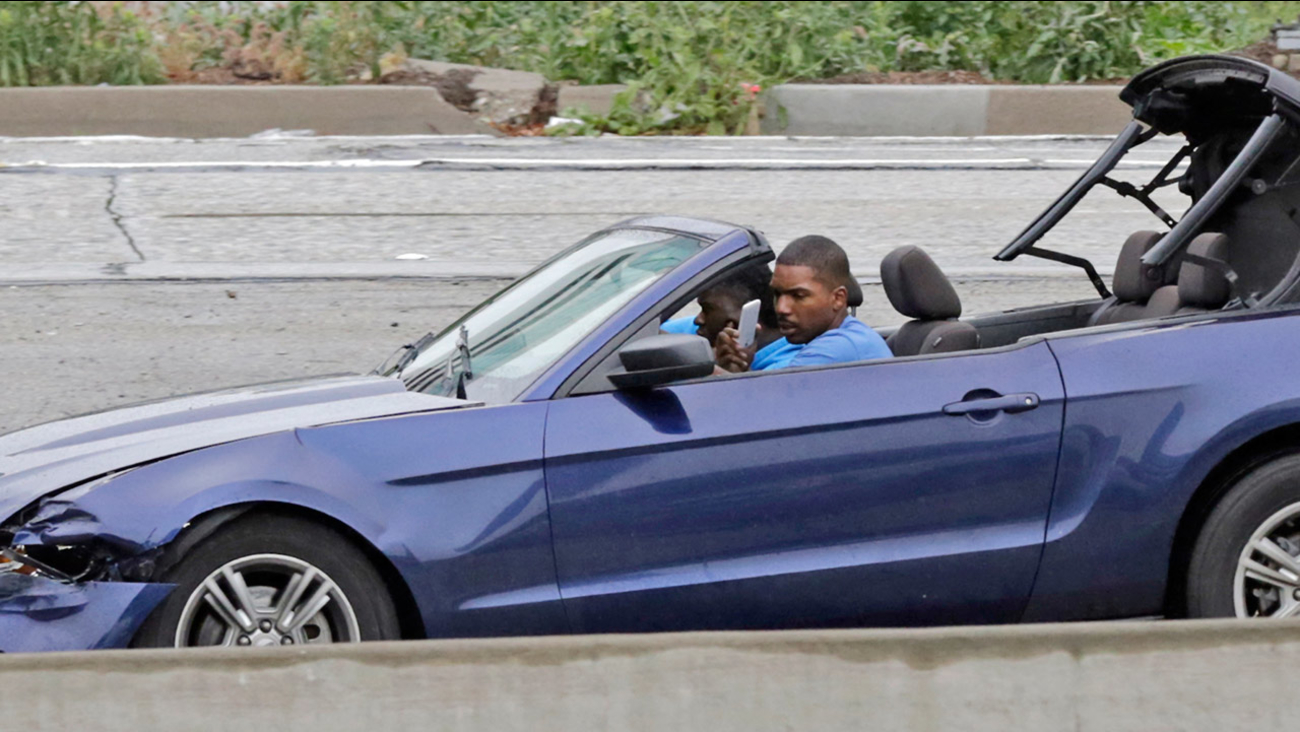 The driver of a convertible blue Mustang holds a personal device and looks into his side-view mirror the busy 110 Freeway during a police chase on Thursday, April 7, 2016. (AP Photo/Reed Saxon)

LOS ANGELES -- The driver who led police on a wild chase through Los Angeles on Thursday was a trained vehicle operator for the U.S Marine Corps, the Pentagon confirmed.

According to military personnel information provided to ABC News from the Marine Corps, 20-year-old Herschel Reynolds served in the Marines from April 22, 2014 to Jan. 13, 2016.

He was ranked as a private, and although he was never deployed, he was decorated with the National Defense Service Medal and the Global War on Terrorism Service Medal, records show.

His last assignment was with the 1st Marine Logistics Group at Camp Pendleton.

"Herschel Reynolds' premature discharge and rank are indicative of the fact that the character of his service was incongruent with Marine Corps' expectations and standards," the Pentagon said.

Reynolds drove a blue Mustang convertible from Cerritos through Hollywood and other parts of L.A. for more than an hour before winding up in a South L.A. neighborhood.

The incident began about 1:24 p.m. Pacific Time when authorities responded to a report of a home burglary in the 12300 block of Charlwood Street in Cerritos. A neighbor described the car the suspects were traveling in, and a helicopter unit found the Mustang on the westbound 91 Freeway heading toward the northbound 710 Freeway.

At one point in the chase, Reynolds exited the 101 Freeway at Hollywood Boulevard and began to skid the car in circular "doughnuts" before taking off again. They were also seen driving on the highway shoulder and driving the wrong way on other L.A. streets.

Authorities later deployed a spike strip and appeared to cause damage to the convertible's right front tire.

Once in South L.A., Reynolds and his passenger, 19-year-old Isaiah Young, stopped in front of a home near 51st and Hoover streets. That's where Reynolds exited the car and casually sat on the hood.

The two began greeting and hugging people before police arrived and took the pair into custody. 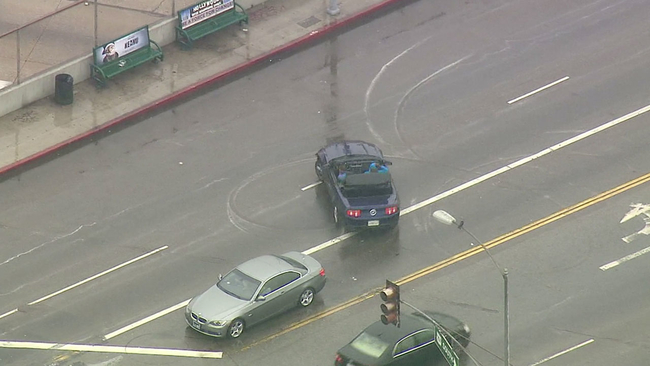