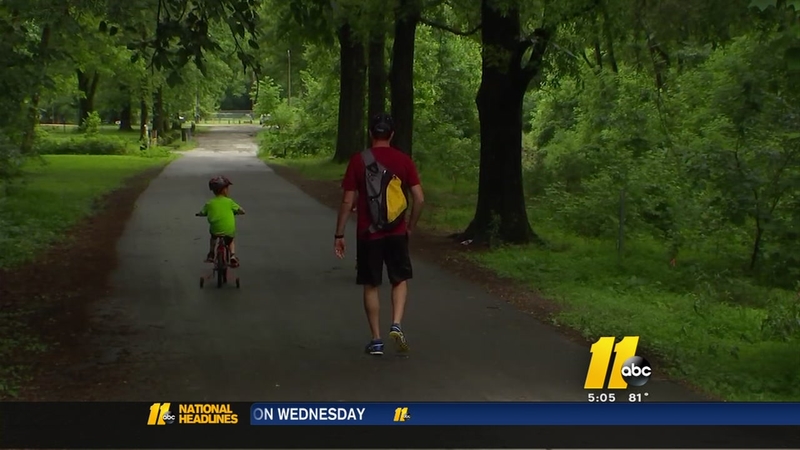 DURHAM (WTVD) -- It happened again on Ellerbee Creek Trail in Durham. Three women now report being assaulted on roughly the same stretch of the trail in the last six months.

The incidents prompted a "take back the trail" movement.

Police say this last attack happened Sunday night between the 500 block of Knox Street and Club Boulevard; a 16-year old girl was jogging on the trail just after 8 p.m. when a man approached her.

It happened on the Ellerbee Creek Trail.

He was described as a dark-skinned black male with a beard. He was wearing a green T-shirt, with "Gucci" written on the front, and blue jeans.

Many folks who use the trail say they have become extra-vigilant since the attacks started in October. Most say they take some kind of safety precautions, from carrying a cell phone to walking, jogging or biking in groups.

"I've always told my wife to carry her (cell phone) at all points in time," said Chad Cohoon, who was out walking on the trail with his two young daughters. "I carry mine too if I go on a bike ride or something like that on the trail."

Carrying a cell phone is a good idea, according to police, and there's a lot more you can do to keep yourself safe when you're out for a walk, hike or ride. The following tips come from the police department in San Antonio, Texas:

- Use the buddy system
- Be aware of your surroundings
- Carry a charged cell phone and proper identification
- Tell friends and family where you're going
- Remain on the main trails
- Trust your instincts
- Take care in acknowledging strangers
- Dial 911 for an emergency; use mile and quarter-mile markers to identify your location
- Carry a sound-making device
- If listening to music on head phones or earbuds, be aware of your surroundings.
- Consider using one earbud
- Wear bright or light colored clothing
- Carry water
- Observe posted rules and park hours
- Park in well-lit areas
- Leave valuables at home

Anyone with information about this incident is asked to call CrimeStoppers at (919) 683-1200.