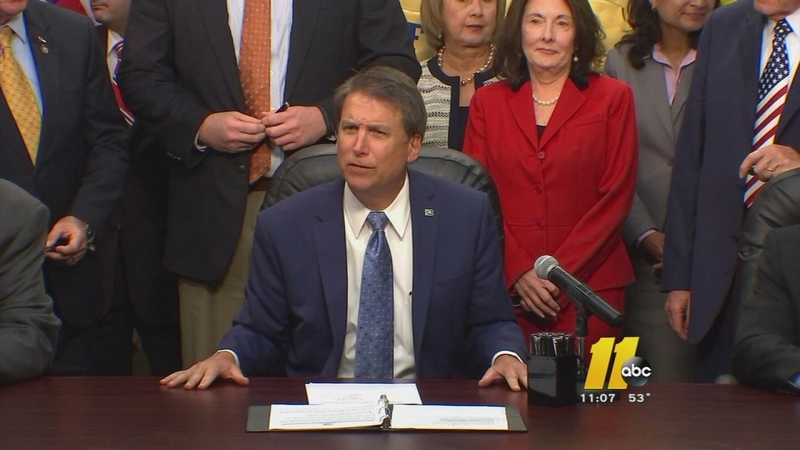 And for nearly 10 years, a Charlotte-based company has been making big bucks off a contract to provide basic-services in state prisons.

Last year, the Department of Public Safety was going to let that contract expire and produced this report explaining why. The analysis shows it to be more cost effective to bring those services back into the state's fold.

That's when the company's owner, Graeme Keith, long-time political friend and donor to Governor Pat McCrory, made a phone call and McCrory set up a meeting in Keith's hometown of Charlotte.

At the meeting was DPS Secretary Frank Perry, Governor McCrory, their staffs, and Keith and his team. And although McCrory has denied hearing this, Keith reportedly said to the room that he'd given a lot of money to politicians over the years and it was time to get something in return.

Two months later, the Governor's advisors told Perry at DPS to reverse course and award another year of that prison contract to Keith's company.

Josh Ellis, the Communications Director for Governor McCrory, released this statement in response:

The smear campaign and lies by the left-wing Democrats continue in order to deflect attention away from an improving economy along with a government that's more efficient. Rep. Hall's comments are ones of desperation and destructive politics in order to regain power to implement past failed policies. It's obvious his goal is to seek misleading stories and false headlines in an effort to fool the people of North Carolina.

Hall alleges that state employees - literally - went out of their way to accommodate Keith, with DPS workers travelling to Charlotte for that meeting.

"It's time for the governor to come clean, come forward, and clear this up," Hall said, suggesting there was evidence DPS employees used state aircraft to get to the Queen City.

Within hours of those statements, the Governor's chief spokesman called us to do exactly that.

He showed us flight logs from that 2014 trip with no DPS employees on the plane and told us the Governor was going to be in Charlotte that day for a jobs announcement anyway.

The FBI is already investigating the alleged pay-to-play incident and Hall says he'll push lawmakers to make systemic changes to ensure nothing like what's alleged happens in the future.