Bull sharks moving into the sounds of North Carolina. Here's what that means for our coast 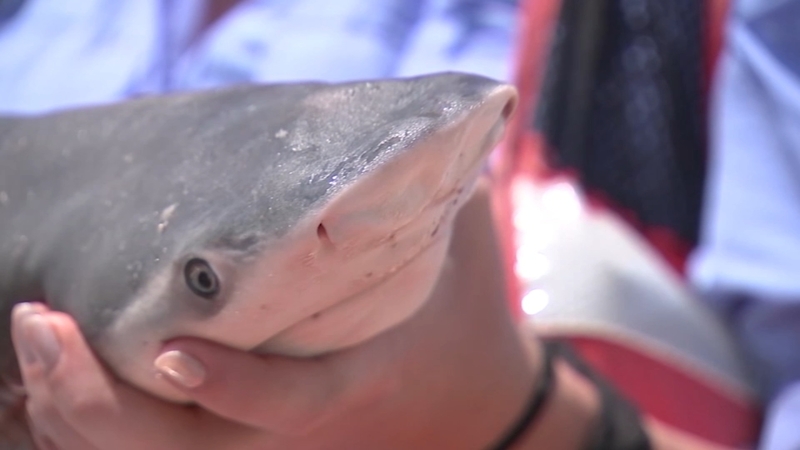 Bull sharks moving into the sounds of North Carolina

Researchers believe bull sharks, a shark that moves along coastlines, are moving into the sounds of North Carolina.

It's just before the sunrise that we meet Dr. Chuck Bangley and his research team at a boat entrance for the Pamlico Sound -- some 30 miles from the ocean.

Dr. Bangley works with the Smithsonian and North Carolina aquariums.

The Pamlico Sound, which is thought to be half fresh water, half salt water, lies near the Outer Banks of the state. Bull sharks, at least the juveniles, are on these waters and researchers know it.

"You were saying that you think the bull sharks started to colonize here, why?" I asked Dr. Bangley.

"So, as we've looked at different data stats at the Pamlico Sound, the water temperature have been increasing steadily," he said.

The arrival of the bull shark wasn't slow to form. Somewhere around 2010 or 2011, the population exploded. More and more mother sharks were giving birth in the sound before fleeing back into the ocean waters.

The bull shark is a fascinating creature. They get their names partially because of their thick frames and wide heads.

"This is because they have really powerful jaw muscles."

Additionally, their name is derived from their attack on prey - often head butting before the kill.

Inside the mouth, pound for pound, the bull shark bites harder than a Great White Shark. The teeth are similar too, with a skinny row of teeth on the bottom, the shark is able to spear food. The top row of teeth is serrated, no match for the flesh of food.

The outside of the bull shark has nearly perfect armor. The body is not smooth, instead, it's rough like sandpaper. The shark's skin is not skin at all. In fact, it's sort of like tiny teeth called dermal denticles. Some evidence even suggests the shark's scales allow it to be quieter in movement.

Back on the boat, Dr. Bangley and his crew are trying to catch the bull shark to tag. The hope is that data collected answers as to why, how and what's next.

The team uses the body of a cone nose ray for bait. Its body prior had data and tissue samples taken. The bull sharks in the sound are young for the most part, though some may be close to reaching the age of maturity. Though infant sharks swim the waters of the Pamlico Sound, it's likely they're already the top predator with no competition from other sharks.

If and when a bull shark takes the bait, a tracker is inserted. The shark is flipped on its back, which leaves it under a natural state of anesthesia.

When tagged sharks swim near receivers, data is collected. So far, only a few sharks have been tagged, but as temperatures continue to change, that number could increase.