WTVD
By Danny Clemens
New footage has emerged showing what appears to be Deep Blue, one of the largest great white sharks ever caught on camera, feasting on a whale carcass off the coast of Hawaii earlier this year.

A group of Hawaii-based scientists and biologists filmed a shark matching Deep Blue's description several miles off the coast of Waikiki. Footage from that January encounter is featured in the National Geographic SharkFest special "World's Biggest Great White?" on Sunday, July 21, at 8 p.m. ET | 7 p.m. CT.

Deep Blue is estimated to measure a staggering 20 feet long and is likely still growing by several millimeters each year. It's thought that she could be more than 50 years old.

Based on the appearance of the shark's stomach, the crew also posited she could be pregnant -- though the sumptuous sperm whale feast could also be responsible for her enlarged stomach.

It's not the first time Deep Blue has been caught on camera. The massive shark swam into the internet spotlight several years ago when a film crew spotted her during a Shark Week shoot off Mexico's Guadalupe Island. In video later shared widely on social media, the gargantuan creature swam up to the crew's dive cage and poked around curiously before disappearing back into the blue.

Around the same time that Gray, Mohler, Jeffries and their colleagues spotted Deep Blue earlier this year, a separate group also spotted what appeared to be the same shark off the Hawaiian coast. That Jan. 15 encounter took place off Oahu's North Shore and also involved tiger sharks feeding on a whale carcass, according to local media reports. 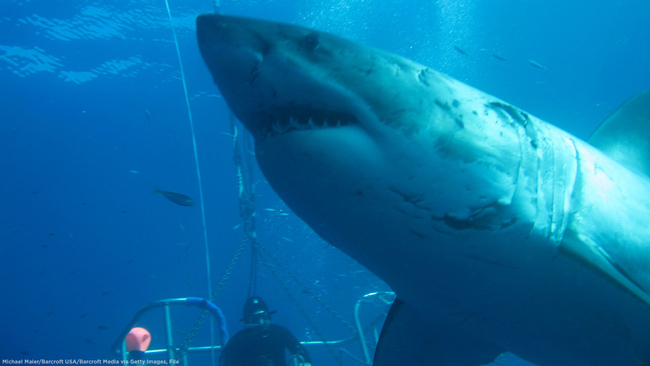 Meet Deep Blue, one of the biggest great white sharks ever filmed
SHARKS 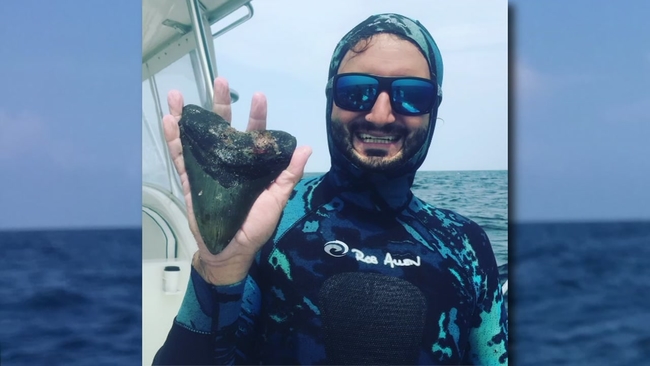 In despair, protesters take to streets for Breonna Taylor
Clayton woman has close call with metal going through car
VP candidate Kamala Harris coming to Raleigh on Monday
Share Your Heroes: Cynthia Buie, a teacher's assistant in Fayetteville
2 charged after COVID-19 outbreak kills nearly 80 veterans
Show More
Ginsburg is first woman to lie in state at US Capitol
Shootings in Durham up 70% compared to this time last year
A wet end to the work week
Durham Public Schools will stay virtual into 2021
Federal judge says 2020 census must continue for another month
More TOP STORIES News