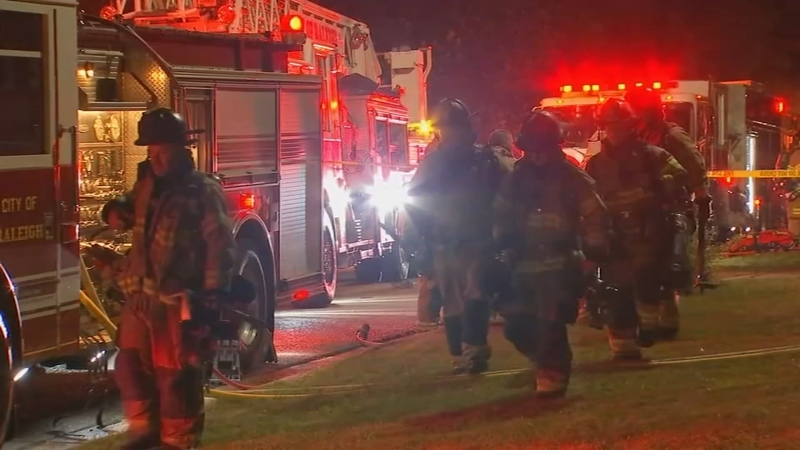 RALEIGH, N.C. (WTVD) -- A number of police departments are handing out signing bonuses as they work to beef up staff.

The Fayetteville Police Department is advertising jobs with an incentive.

Raleigh Police is giving $5,000 bonuses to officers who have experience and are looking to make a lateral move.

The department says data from mid-December shows there are more than 120 vacancies.

The pay can vary depending on where you work. Starting salary for a police officer is slightly higher in Fayetteville than in Raleigh.

"We are now at a 10% vacancy rate. That is up 450% in three years," said Raleigh Professional Firefighters Association President Andy Davis.

The association is fighting for better pay and a post on social media is getting a lot of traction. It notes the starting hourly wage is $13.42.

Davis said the pay can put more stress on firefighters to build up hours.

Meanwhile, Target announced this week that some employees can make up to $24 an hour.

Davis said the situation is frustrating and insulting, and people are struggling to pay their bills.