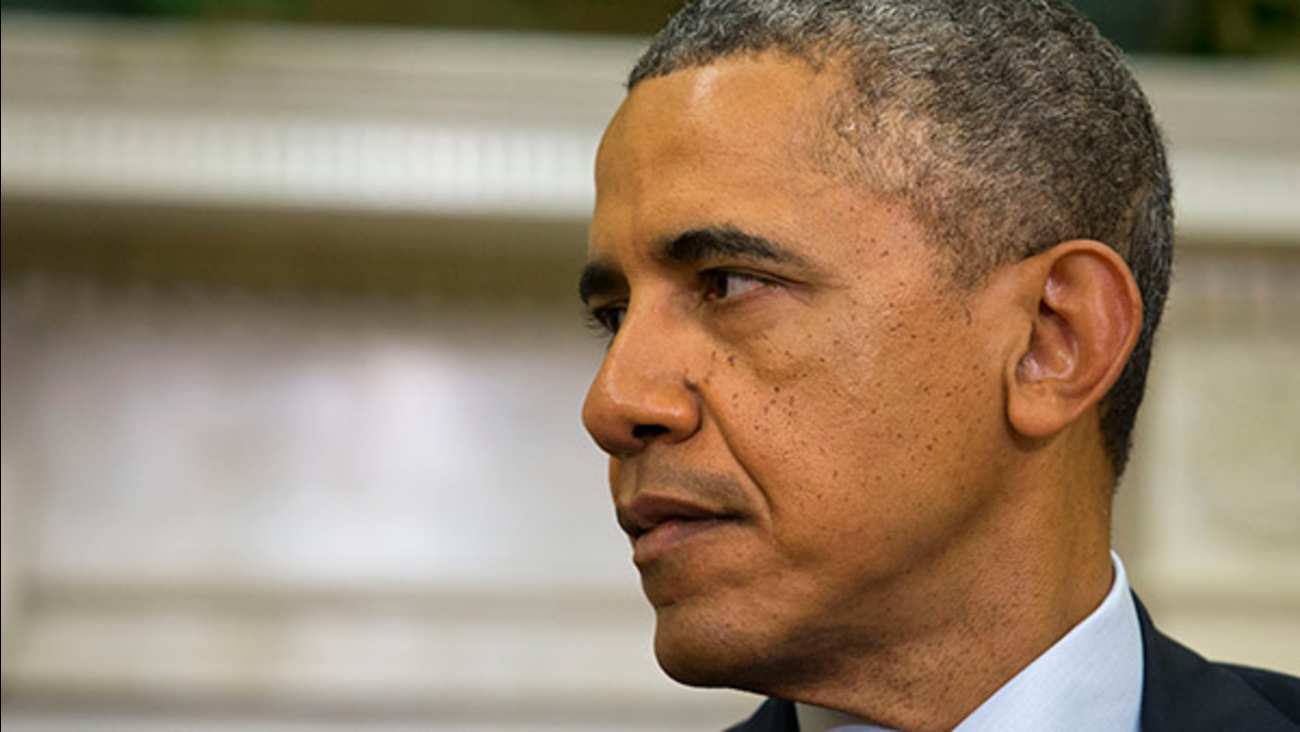 AP
WASHINGTON -- President Barack Obama has shortened the sentences of 42 people serving time for drug-related offenses, continuing a push for clemency that has ramped up in the final year of his administration.

Roughly half of the 42 receiving commutations Friday were serving life sentences. Most are nonviolent offenders, although a few were also charged with firearms violations. The White House said many of them would have already finished their sentences if they had been sentenced under current, less onerous sentencing guidelines.

The latest group of commutations brings to 348 the total number of inmates whose sentences Obama has commuted - more than the past seven presidents combined, the White House said. The pace of commutations and the rarer use of pardons are expected to increase as the end of Obama's presidency nears.

"He remains committed to using his clemency power throughout the remainder of the administration to give more deserving individuals that same second chance," White House counsel Neil Eggleston wrote in a blog post.

Eggleston added that the offenders receiving commutations had "more than repaid their debt to society and earned this second chance."

One of the offenders, Douglas Ray Dunkins Jr. of Fort Worth, Texas, had been held up by civil liberties groups as one of the most egregious examples of over-sentencing. Dunkins had only a minor shoplifting conviction on his prior record in 1993 when, at age 26, he was sentenced to life imprisonment for conspiracy to possess and distribute crack cocaine, the American Civil Liberties Union said in a report. No drugs were found, but prosecutors used testimony from co-conspirators who testified in exchange for lighter sentences, the ACLU said.

The ACLU said Dunkins had worked for nearly a decade as a paralegal helping other inmates with legal work and wanted to mentor youth if he ever got out. Dunkins is slated to be released in October.

"The day-to-day of prison is taking an even greater toll on me. ... I wake up every day and pray in a cell that's white and grey with little room to move around in between me and my cellmate," Dunkins wrote in an opinion piece last year in The Guardian. "Clemency is something that I long for - not just for me, but for a lot of inmates who have served well over 20-plus years for crimes involving crack cocaine."

Though there's wide bipartisan support for a criminal justice overhaul, what had looked like a promising legislative opportunity in Obama's final year has mostly lost steam. As with Obama's other priorities, the chaotic presidential campaign has increasingly made cooperation among Republicans and Democrats in Congress difficult to achieve this year.

Obama has long called for getting rid of strict sentences for drug offenses, arguing they lead to excessive punishment and sky-high incarceration rates. With Obama's support, the Justice Department in recent years has directed prosecutors to rein in the use of harsh mandatory minimums.

The Obama administration has also expanded criteria for inmates applying for clemency, targeting nonviolent offenders who have behaved well in prison and would have received shorter sentences if convicted of the same crime a few years later. Civil liberties groups hailed that move but have since raised concerns that too few are actually receiving clemency under the policy.