Teachers, schools missing out on millions with no new budget 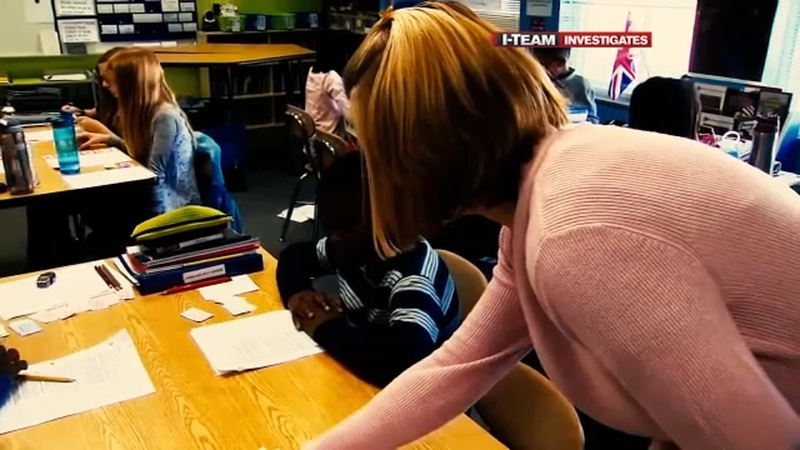 LILLINGTON, N.C. (WTVD) -- Daisy McDonald's second-grade class is just starting to learn about government, and because of current events, her lesson plan may have to include how sometimes the system doesn't always work.

"We as teachers are very frustrated that the budget has not passed and we've been frustrated for a while now," McDonald, a teacher in Harnett County, told ABC11. "When we feel like we are that football being tossed around, that makes us feel like we're not that important."

If teacher salaries are the football, the big game is state government's plan to spend about $24 billion of taxpayer money on everything from education to health care to transportation.

The Republican-led General Assembly this summer passed its version of the budget complete with raises for all state employees -- including teachers -- as well tax cuts, among many, many other provisions.

The GOP-backed plan was almost immediately vetoed by Gov. Roy Cooper, who is pushing for higher wages and expanding Medicaid coverage.

Nearly four months into the new fiscal year, negotiations are at a standstill, and Republicans are struggling to get votes to override the veto.

The General Assembly has passed a series of mini-budgets, but those measures have not touched teacher pay or education spending as a whole.

"We're trying to figure out where we stand," McDonald said. "We keep hearing we're the most important people and are the ones teaching the next citizens of America, but we feel like we're on the back burner."

Education is by the far the biggest expense for North Carolina taxpayers: nearly 60 percent of the state budget. Salaries make up a good chunk of that, but allocations also include money for school construction and per-student stipends to help with growing enrollment.

Those are also on hold. North Carolina law prevents government shutdowns, so if there's no agreement on a new budget, the last budget passed snaps back into place.

"We do need those dollars to pay for the land and to help pay for construction," Aaron Fleming, Superintendent of Harnett County Schools, told ABC11. "We want to get our students out of mobile classrooms and into the main building. That's our biggest issue right now is overcrowding, especially in the northern part of the county."

Johnston County, with an extra 300 students enrolled compared to last year, is missing out on $3 million.