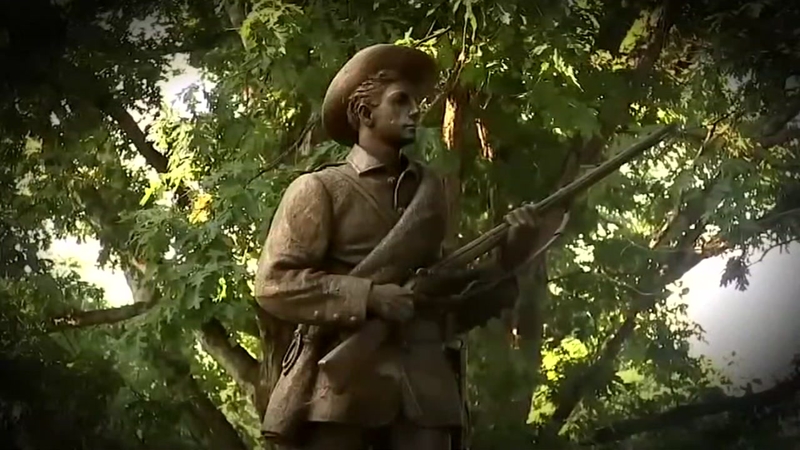 CHAPEL HILL, N.C. (WTVD) -- The University of North Carolina Board of Trustees proposed a new $5.3 million construction project to create a history and education center to house Silent Sam monument.

Protesters toppled the Confederate monument in August. Because of legal statutes protecting Silent Sam, UNC leaders have been tasked with figuring out how to safely return the monument to campus.

Monday morning, after several deadline extensions, UNC's Board of Trustees met in private to lay out a plan for the monument.


Chancellor Carol Folt presented a plan to build a new building on campus to house the statue and provide context for the history of UNC.

Folt said the main focus of the plan was public safety. She said the safest course of action was to move Silent Sam off campus, but legal restrictions made that impossible.

UNC Vice Chancellor and General Counsel Mark Merritt said that laws governing the monument allow the NC Historical Commission to approve the relocation under certain circumstances. Those laws make it impossible to relocate the monument to a museum, cemetery, or mausoleum.

"We believe an on-campus indoor location...is appropriate to preserve the monument and is consistent with the governing law," Merritt said.

Related: Who is Silent Sam?

Folt said her preference was to relocate Silent Sam to an off campus museum, such as the Carolina Museum of History. But she said doing so would be illegal.

UNC's Board of Trustees proposed building a new area in Odum Village to place the Confederate monument.

It will have at least one smart classroom and, potentially, shuttles to link it to campus.

Folt said the construction would cost an estimated $5.3 million. She said the building will place Silent Sam into context and help teach a more full history of the university.

The recommendations distributed at the @UNC Board of Trustees meeting are live now on the campus website. Note the estimated costs for construction and operation of the proposed building to house Confederate statue & other artifacts. #abc11 @ABC11_WTVD pic.twitter.com/IeszKxjvrg

"A place that public can learn about birth grown of America's first public university," Folt said.

Silent Sam was a monument dedicated to UNC alumni who fought and died in the Civil War.

Critics of the statue believed the intent behind it was to intimidate minorities and celebrate a culture of white supremacy.

Since the statue was toppled on Aug. 20, protests for and against the monument have taken place at UNC's campus.