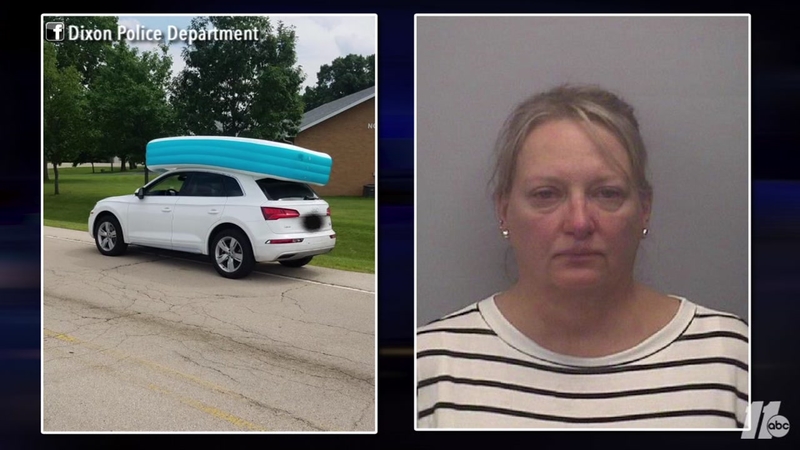 DIXON, Ill. (WTVD) -- A mother in Illinois faces charges after police say she was driving her two kids around in an empty inflatable pool that was on the roof of her car.

A concerned citizen called Dixon Police Department after seeing the children sitting inside the pool on the roof of the car, while Yeager was driving.

Officers pulled Yeager over and learned she drove into town to inflate the pool at a friends house.

Her two daughters were riding inside the empty pool to hold it down as their mother drove home, police said.