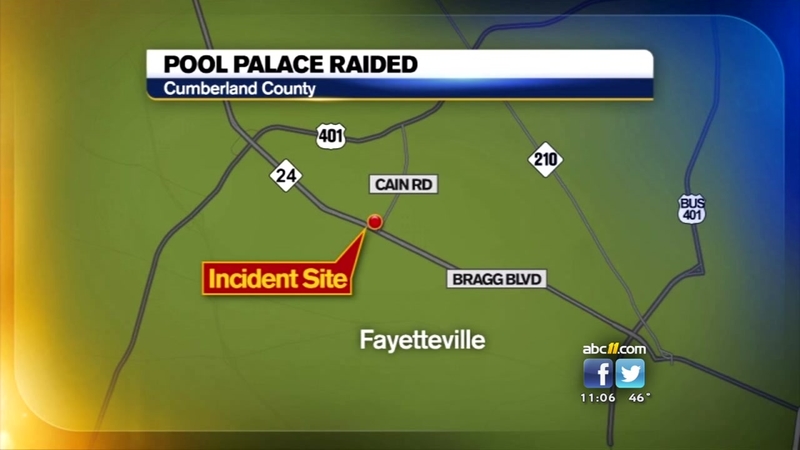 On Dec. 10, 2016, a victim was shot twice while outside of Pool Palace. The next day, police said shots were fired into multiple unoccupied vehicles parked at the nightclub.

"Businesses that facilitate criminal activity have a detrimental effect on communities and jeopardize the safety of citizens. Partnering with law enforcement agencies to prevent further violence at these problem locations is one of the highest priorities of our special agents." said B.L. House, Special Agent in Charge of the ALE Branch of the State Bureau of Investigation.

The following people were charged:

-Michael Ormond Ivey, 33, was charged with trafficking in opiates and possession of drug paraphernalia.

-Shcura Monique Covington (Employee), 27, was arrested on an outstanding order for arrest for previous drug and alcohol related offenses.