Plans for another Publix grocery store in the Triangle is getting mixed reviews. 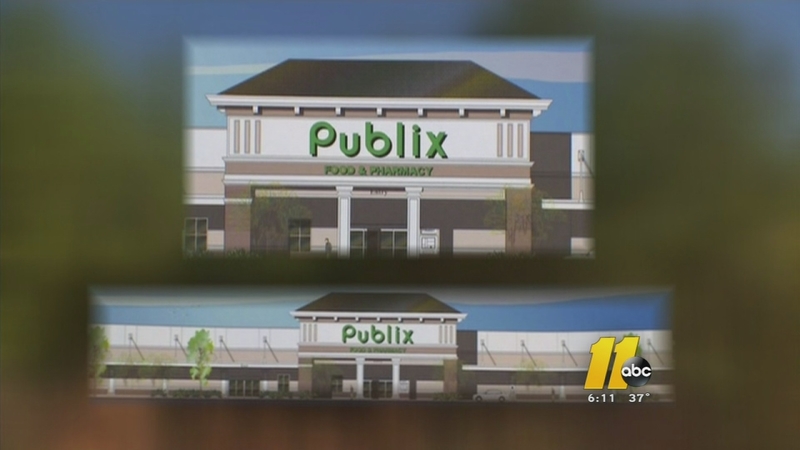 But, longtime residents in the area see it as a potential traffic mess and zoning problem.

"It's a good thing, it's a bad thing," said homeowner George Oberland. "With more development you could get more crime, more crowding. Housing can become more expensive."

Oberland and other homeowners say they support more jobs in the area, but question whether another grocery story is necessary.

Florida-based developer Halvorsen Development is working with local home builder Cimarron to develop a 30-acre site that would include the Publix, at least 60 townhomes, shops and restaurants within walking distance.

"We think this would be a big boost for many of the property values," said attorney Patrick Byker with Morningstar Law Firm. "Especially, the younger homebuyers in their thirties. They're looking for a house where they can walk to something."

Some homeowners worry about increased traffic at the intersection of Guess and Latta Roads. During peak hours, there are significant backups, according to people living nearby.

"I like Publix. I don't have a problem with Publix," explained homeowner Jean Hume. "The traffic is horrible. I don't know what another 60 homes would do to that."

A citizen group closely monitoring the proposed project has raised concerns about storm water runoff and zoning. Their website says the proposed site wasn't zoned for commercial use.

The developer will submit a final proposal to the City - County Planning department in December. If the plan is approved, construction could start in early 2017.