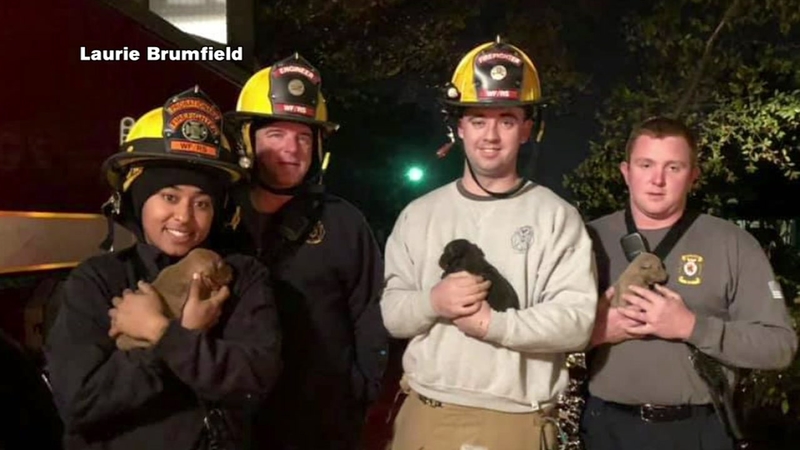 WILSON, N.C. (WTVD) -- Three puppies were rescued after a homeowner demolished part of a house on Toisnot Avenue in Wilson on Thursday night, according to witnesses.

Laurie Robl Brumfield, the founder of The Maggie Society, a nonprofit dedicated to rescuing homeless, neglected and abandoned dogs, said they received a call about a house that was going to be torn down and that a dog and her puppies were living under the porch.

Brumfield said that when she got to the home, the homeowner was already on a bulldozer, tearing down part of the house.

Volunteers tried to stop the homeowner but later backed off of the private property, she said.

Once more volunteers arrived, however, the homeowner stopped the demolition and told the volunteers that he would be back in the morning and they could go onto the property in the meantime, Brumfield added.

They then sifted through the debris and found three live puppies.

The mother dog had run off and volunteers were trying to find her late Thursday night.

The Wilson Fire Department went to the house and used thermal cameras to search for more live puppies but didn't find any.