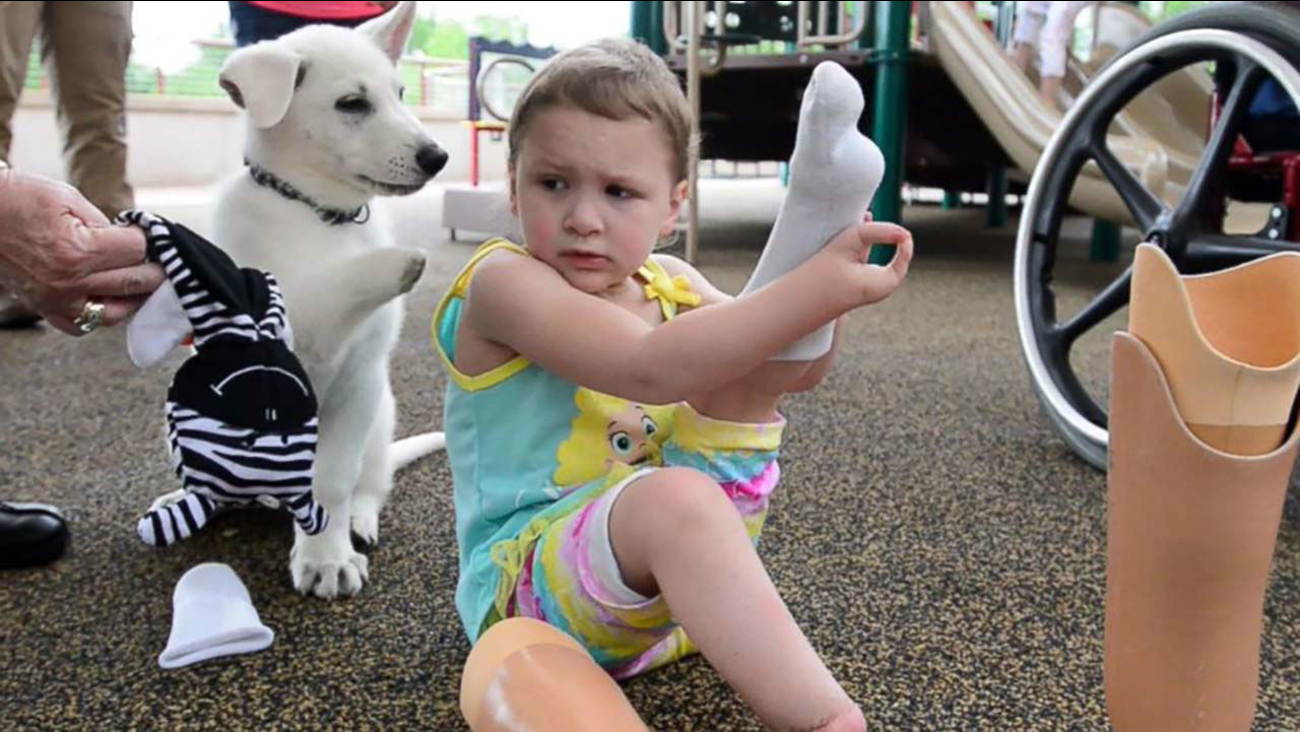 Sapphyre Johnson was born without fingers or feet. Lt. Dan, a 9-week-old white German shepherd puppy, was born without one of his paws. The two are now the best of friends. (Heidi Heilbrunn/Greenville News/ABC News)

Sapphyre Johnson and Lt. Dan were destined to be friends. The 3-year-old girl born without feet now has new companion -- a 9-week-old white German shepherd puppy born without one paw. 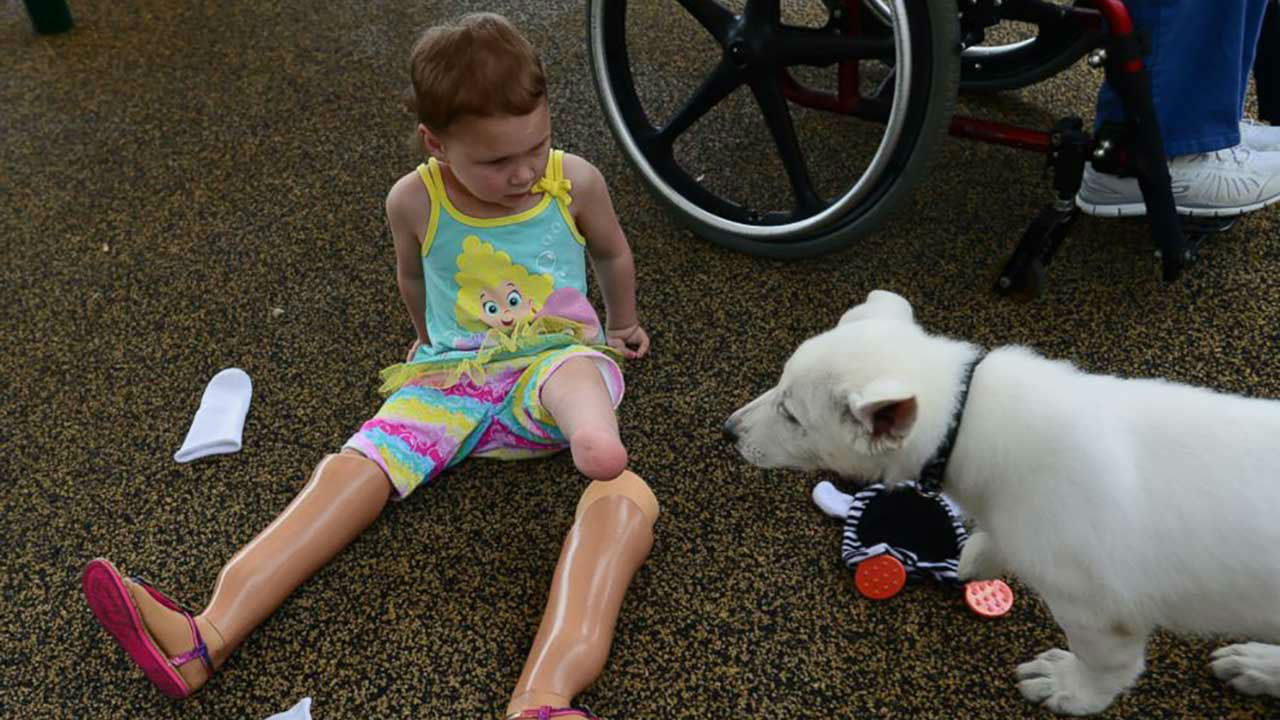 "Sapphyre immediately noticed that he was missing a paw," she said, recalling the first time her daughter saw a photo of the puppy. "She said, 'He has a foot like mine.'"

The dog's breeder, Karen Riddle, wanted Lt. Dan to grow up with a child living with similar circumstances.

Sapphyre and Lt. Dan, named after the Forrest Gump character that lost his legs fighting in Vietnam, went home together earlier this week.

"It was awesome yesterday," Riddle said. "We said, 'Sapphyre show him your feet' and, oh boy, she threw off her prosthetics and her socks and said, 'Look!' Then Lt. Dan put his paw up at the exact same time."

Sapphyre is a healthy little girl, except for her missing feet and fingers. Her parents want her to know that being different is OK.