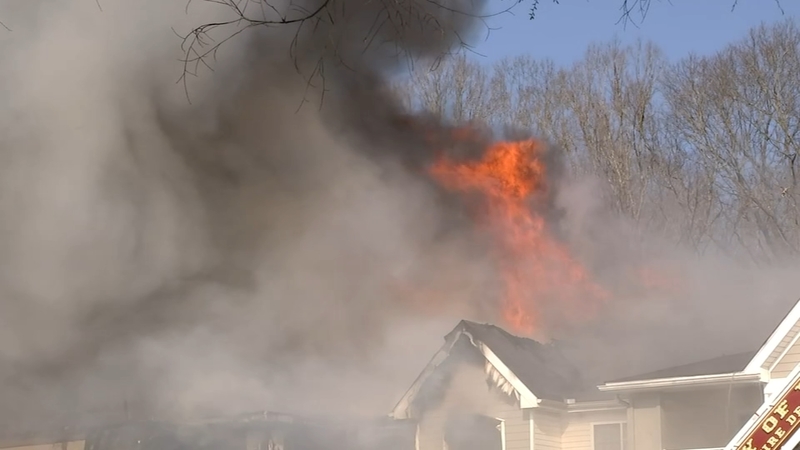 "People were screaming, everybody was scared at the time because the fire department hadn't shown up yet," Jake Smith described.

The fire department soon did arrive and started to fight back the flames shooting out of Village Green Apartments located on Thesis Circle off Lake Wheeler Road.

The apartment complex is primarily geared toward college students.

Several students were stuck outside Monday morning as they watched their apartment burn.

The fire started early Monday morning, forcing students to evacuate while they were getting ready for class.

"I had to put on clothes. I didn't want to run out in a towel! Got my laptop for class, and headed out. The balcony above us was just engulfed, by that point.," Elijah Presnell said.

Firefighters were able to contain the flames, but the damage is extensive.

"I think I'm going to lose just about everything. A lot of water damage, a lot of fire. I'm kind of scared, if I'm honest," McKenzy Bethune said.

"I think about all the stuff that's in there but at the end of the day, I'm just happy we're all out safe. I got my bird which lives in there. So all the lives, I think, are OK," Justin Fulconer said.

Raleigh fire officials said the fire was accidental and originated on the second floor balcony.