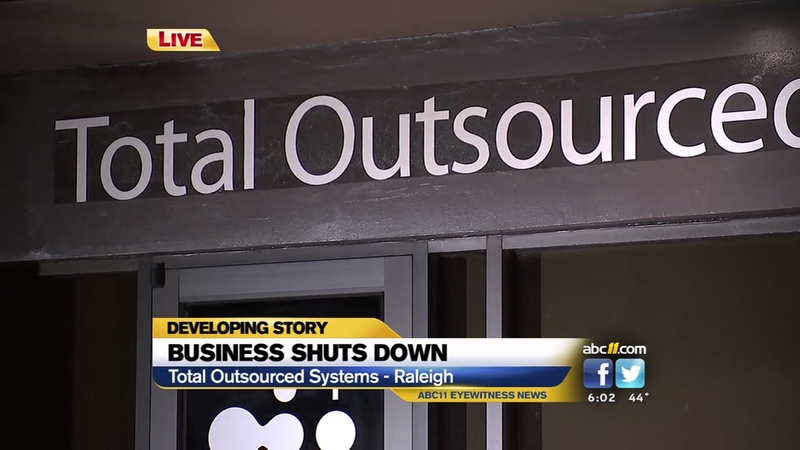 Kellee E., a Raleigh mom of three who'd worked for the 24-hour call center for more than two years, said she put in a full day's work at the Total Outsourced Systems office on Trust Drive last Friday.

Soon after she got home, she got a call from a former co-worker saying a manager told everyone left in the building to pack their belongings and leave.

"I had hope," she said. "I kind of had faith that they would still do the right thing, but it's just theft."

Kellee still hasn't received her final paycheck for the hours she worked through the end of October, nearly $1,400.

A filing with the U.S. Bankruptcy Court for the Eastern District of North Carolina shows CEO Tom Rooney and manager Douglas Land signed a form on Nov. 1, stating "it is desirable and in the best interests" of the company and its creditors to file for Chapter 7 bankruptcy.

Standing outside the office building where the doors are now bolted, Kellee said she has yet to receive any official communication from the company about the bankruptcy filing and whether she should expect a paycheck in the mail anytime soon.

"It's just betrayal," she said. "I feel like I've been robbed because I'm a parent, I'm a wife, I still have household duties with my finances."