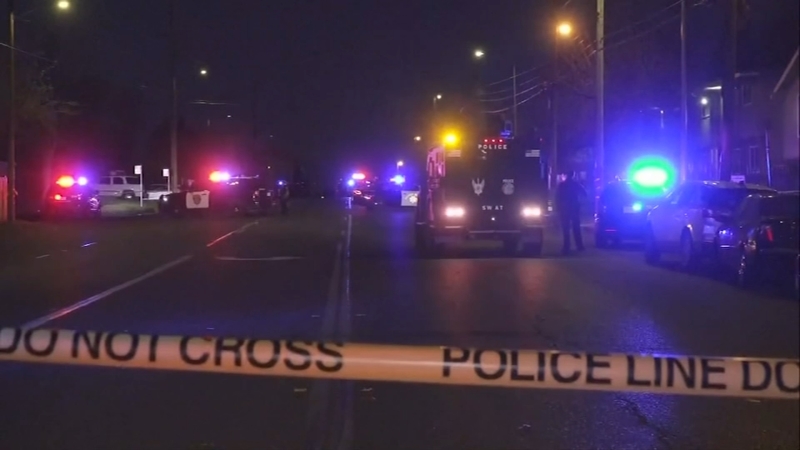 RALEIGH, N.C. (WTVD) -- The numbers are startling. Crime in Raleigh's Glenwood South neighborhood has steadily been increasing. So much so that Raleigh Police Chief Estella Patterson addressed the City Council with a report on recommendations to help curb the amount of crime in the area.

"I want to make Raleigh the safest city in the nation for residents and visitors to live, learn, work and play," Patterson said. "My desire is vibrancy over catastrophe."

Her comments came just days after six people were killed and several others shot during nightlife hours in Sacramento, California.

"I believe that this conversation is timely given what we have seen this past weekend in Sacramento in their entertainment district," she said.

Overall, during the aforementioned periods, total weapons violations were 76 and 16, respectively.

"The most glaring thing is the weapons violations," said Patterson. "We see an increase from people coming from outside of Raleigh. Over half of the people that we arrest do not come from this jurisdiction."

RPD said its biggest level of concern comes from an increase in calls of intoxicated people with handguns, assaults on bouncers, EMS workers, and other law enforcement officers, residents and visitors drinking alcohol in parked cars, and an increase in noise complaints made by neighboring residents.

"I can't stress it enough that I desire to work collectively," Patterson added. "The issues we are seeing at some point, I believe we may have a national incident. And I don't want that at any level and I don't think you want that at all."

Councilman-at-large Jonathan Melton said in the meeting that he supported the chief's recommendations.

Mayor Mary Ann Baldwin inquired whether the City could require businesses to have magnetometers, or metal detectors, at the entrances of their businesses.

The city attorney responded by saying, "I would say that the police attorney has talked with me about this, and we are looking to kind of analyze what we can and cannot do in that arena."
Report a correction or typo
Related topics:
raleighcrimepolice chiefrobberygun violenceviolenceraleigh police
Copyright © 2022 WTVD-TV. All Rights Reserved.
TOP STORIES
Report finds people of color pay more in rental application fees
1 dead, brother missing in Cape Fear River
Thousands lose power after strong storms, flooding possible Tuesday
Mom hears late son's heartbeat in 14-year-old boy for 1st time
Last public pay phone in NYC removed from streets
Car plows into Raleigh home after chase with police
One woman hurt in Raleigh stabbing
Show More
Brendan Langley, fmr. NFL player, gets in scuffle at NJ airport
US to release monkeypox vaccine from national stockpile: CDC
Durham police investigate fatal shooting, crash along NC 55
'We sinned': Southern Baptist leaders react to report on sexual abuse
Congresswoman announces $3M for strollway between Chavis, Dix parks
More TOP STORIES News