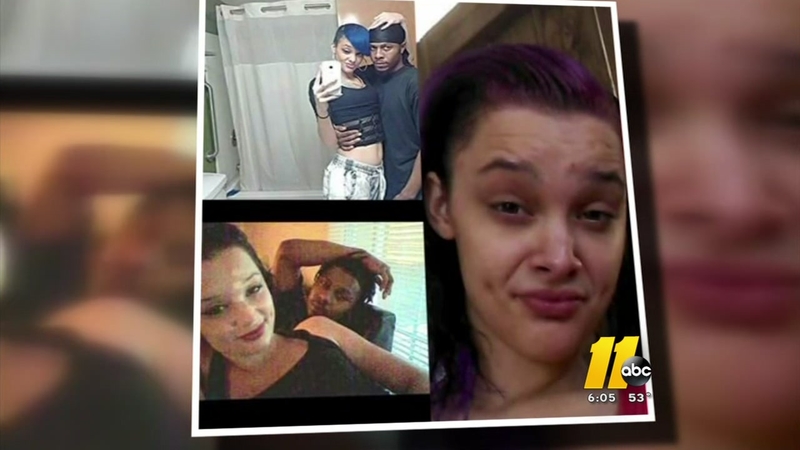 RALEIGH (WTVD) -- A Raleigh mom sat in her living room and went through old photos of her child. As Betty Holland looked through pictures, she questioned how she is going to pay for her 22-year-old daughter's funeral.

"Until the day I die, it's gonna hurt me. You never knew that your child is going to die before you," said Holland.

April is a mother of three and family says she was pregnant with her fourth child.

Two men are accused in these murders. Authorities have one in custody and are searching for the other.

Seaga Gillard is facing a murder charge for allegedly killing Garvey. He is being held at the Wake County Detention Center without bond.

ABC11 has learned in 2011, Gillard was charged with attempted murder in a separate case. Durham police say he and brother, Kalid Gillard, shot two men multiple times inside an apartment on Juniper Street.

Authorities are now searching for Brandon Hill and said he should be considered armed and dangerous.

Authorities came close to capturing Hill on Sunday. Officers trailed him on a high-speed chase and crossed over two counties, but authorities say when the car stopped, he jumped out and took off running.

His girlfriend, Brittany Hooks, is accused of driving the car. She has been arrested and is facing charges of felony speeding to elude.

Read more about the chase here.

Prosecutors say they found a bag in Hooks' car with several items, "numerous firearms including a 40 caliber, which may have been our murder weapon. It also included uniforms from the Durham Police Department which had been stolen from a prior burglary. It also included several identifications that would match back to some robbery of those victims."

Prosecutors also say there is video of April Holland and Garvey being murdered execution-style.

"I know that this Christmas and her birthday coming up is going to remind me for the rest of my life I will never see her again, I will never speak to her again," said April's sister.

"They need to not be put away. They killed her, they need to be killed too. I'm mean it's rough to say that, but you killed somebody over something stupid," said Betty Holland.

Police are not offering a motive.

The Holland family is raising money for funeral expenses with a GoFundMe.

The victims' three children are staying with family in Rocky Mount.