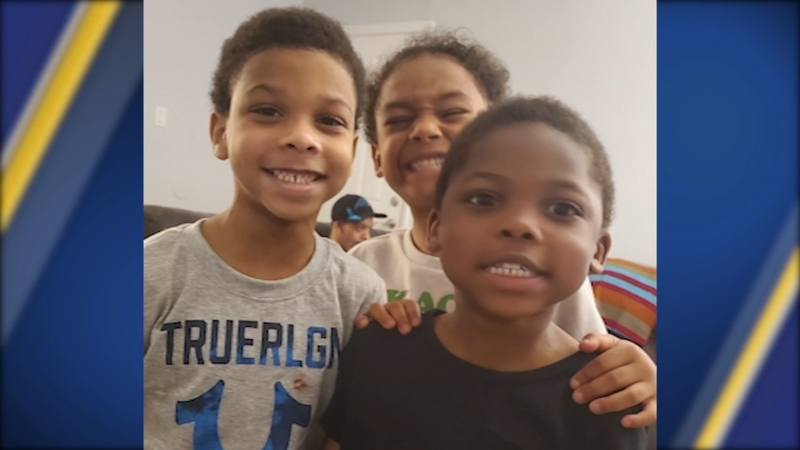 "It was five officers," Holder said. "I was sitting right at the patio, watching the children. So when I saw (the police) come up, I jumped up and went straight to the door."

Eli was celebrating his big day with friends; Play fighting outside his home at the Aria North Hills apartment complex. The kids' commotion disturbed a neighbor who called police to complain that five people were arguing and fighting outside.

"As the officers were talking to the children, I walked up. And then he stopped talking to children and he came up to me and he was telling me why the police were there," Holder recalled. "And I told him it's a children's birthday party. They're all children. Nobody's out here fighting. They're children."

That's when the disturbance call turned into play time. The officers threw the football with Eli and the kids. At one point, they all ran a footrace in the parking lot.

A disturbance call at these Raleigh apartments turned out to be a group of children playing at a 5-year-old’s birthday party. These five RPD officers turned it into an opportunity for fun.

"It was a sigh of relief," said community advocate and Justice Served NC director Diana Powell who has spent years on the frontlines of fights in Raleigh over police accountability and better training for de-escalation. Powell counts what happened at the apartment as a win for community policing.

Powell says she speaks with Raleigh Police Chief Estella Patterson at least every other day. And she's been leading weekly three on three meetings -- three police officers and three members of the community.

"The people that have been around that roundtable feel like they're being heard," Powell said.

Holder says Eli describes the day as the best birthday he's ever had.

"It's been a total change in the kids since just that one experience. The kids have totally earned respect for police officers," Holder said.

A spokesperson for Raleigh Police Department tells ABC11 that Chief Patterson was delighted to see the video of the officers playing with the children.