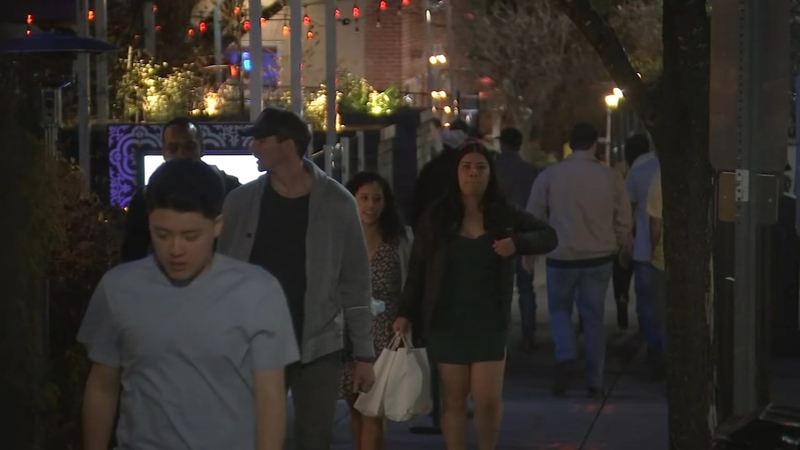 RALEIGH, N.C. (WTVD) -- Crowds of people are back patronizing businesses along Glenwood South, and police are kicking up patrols, yet crime is on the rise.

The largest increase, from data pulled between January 1 and March 20, was pocket-picking. It was up 780 percent from pre-pandemic levels.

There are other significant spikes including larceny, which is up 222 percent since 2019, assault up 16 percent, communicating threats rising 200 percent, felony up 67 percent, credit card or ATM fraud increasing 20 percent, and ID theft spiking 100 percent.

Police said there were 34 cases of weapons violations and that is a 278 percent rise.

Harun Wiley, a former bartender, is not surprised by what's happening.

"The pandemic has probably added to people's 'extraness,'" Wiley said.

Data shows there have been some areas of improvement, and disorderly conduct as well as liquor law violations were down.

The Raleigh Police Department has been increasing its patrols on Glenwood South since September.

"As we continue our heightened presence in the area during peak hours, we ask visitors and patrons of these establishments to enjoy the nightlife responsibly while supporting our sustained efforts in protecting the community," Chief Estella Patterson said.

Genesis Doubledee has noticed a difference.

"It's not as stressful. We feel a little more at ease when we trying to hang out," she said.

Doubledee and friends feel much better going out for a girl's night without back-up.

"I don't feel like we have to call our husbands. We feel a little more safe coming out here with just us not having to be on high alert," Doubledee added.