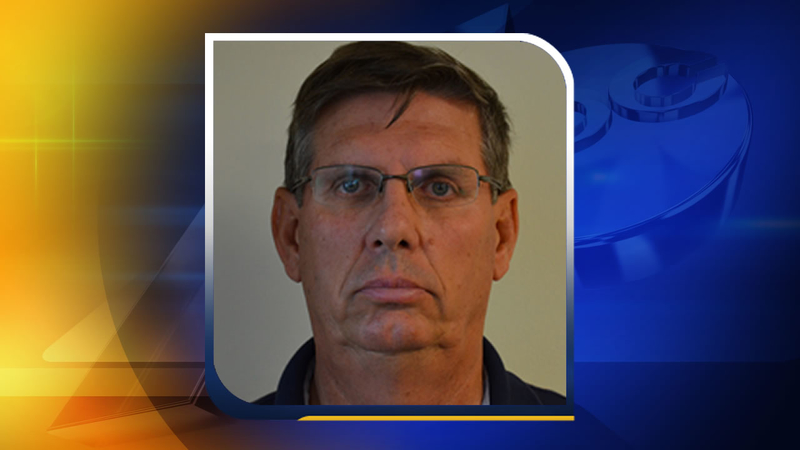 BOONE, N.C. (WTVD) -- He was a well-liked principal at several schools across the Triangle for almost 20 years. Now, Dr. David Dennis stands accused of being a child sexual predator.

The former principal of Daniels Middle School in Raleigh and Cary High School has been charged by police in Boone with soliciting what he thought was a 14-year-old girl for sex.

Boone police say they, along with an SBI agent posing as the young teen, responded to an online ad place by Dennis. They say the wording of that ad is "too vulgar to release."

Dennis is also charged with taking indecent liberties with a child. That charge usually involves physical contact, but Boone police have not returned calls or an email from ABC11 to explain whether that charge is related to the undercover sting or actually involves a real child.

Dennis was released from the Watauga County Jail on a $200,000 bond earlier this week.

Although it appeared someone was at his home on Stone Gap Court in Raleigh, no one came to the door when a reporter knocked.

A former neighbor, who had a daughter at Daniels Middle when Dennis was principal there, couldn't believe the allegations.

"It's disgusting. Just disgusting," Kelly Hand told ABC 11. "Dr. Dennis as well as we knew was a good family man, nice guy. I mean he did a good job as principal."

Her family felt good about their daughter living near Dennis and having him as her principal.

"At one point, she was going to ride to school with him. You know, it's very, very disheartening for me, very disappointing," said Hand. "But yet, unfortunately, I think there are a lot of predators out there."

Dennis was also the principal at several Durham County schools in the early and mid-1990s.

After leaving Cary High School in 2007 he became an assistant principal at Campbell University in the Education Department.

Thursday, the school released this statement: "The leadership of Campbell University has been notified that Dr. Dennis was arrested and charged for an incident in Boone, NC. We are cooperating with the law enforcement investigation. We cannot comment on personnel matters related to this individual and cannot add any details beyond what law enforcement officials have released."

Dennis is scheduled to be back in Boone for court on Aug. 21.

Although it will likely take a while for the case to work its way through the justice system, Hand says it will take a lot to convince her he is not guilty.

Hand says she has talked to her daughter who assures her nothing happened to her while at Daniels.