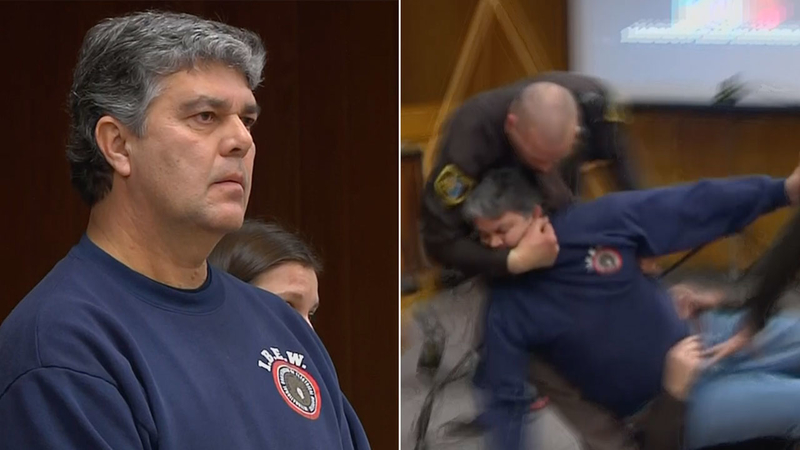 What Randall Margraves said before lunging at Nassar

In a Michigan courtroom on Friday, Randall Margraves, the father of three of Larry Nassar's victims, asked a judge to let him spend time in a locked room with the disgraced former USA Gymnastics team doctor. The judge denied Margraves' request. Then Margraves lunged.

Nassar was in court as part of his second sentencing hearing, after getting 175 years in prison for multiple counts of criminal sexual misconduct last week.

Here's the transcript of what happened as Margraves spoke with Eaton County Circuit Judge Janice Cunningham.

Margraves: Yes or no?
Cunningham: No sir, I can't.
Margraves: Would you give me one minute?
Cunningham: You know that I can't do that. That's not how our legal system --
Margraves: Well I'm gonna have to commit a crime.

Margraves lunges toward Nassar. Bailiffs tackle him and restrain him with handcuffs.

Bailiffs: Relax, sir. Relax. Take it easy, buddy. Just relax. OK, now we're going to kind of let up, OK? You have to let up too, OK?

Baliffs help Margraves to his feet.

Margraves: Where is he? To bailiffs: What if this happened to you guys?

Margraves: You haven't lived through it, lady.