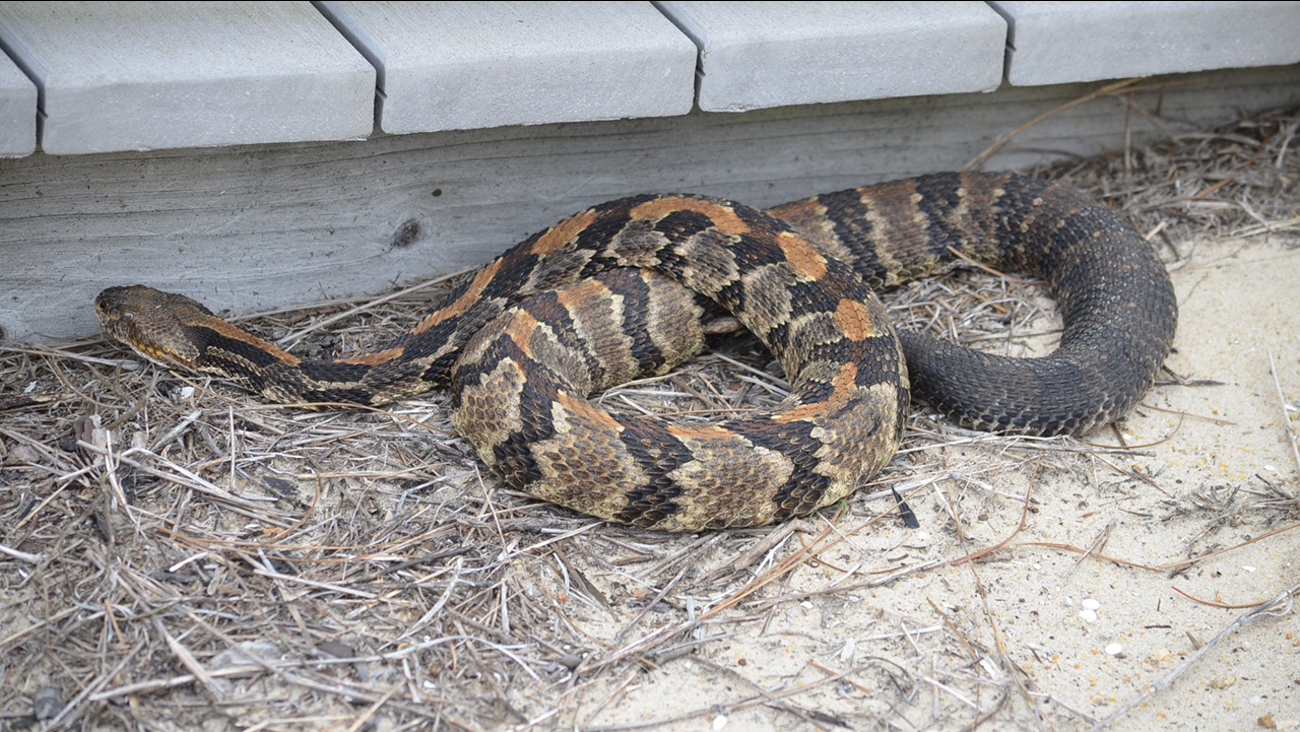 It's beach season! But that also means it's snake season.

According to Cape Hatteras National Seashore officials, a rattlesnake was spotted recently outside a park staff building near the entrance to the Bodie Island Light Station at the Outer Banks.

Rattlesnakes are generally not aggressive but they do strike when threatened or provoked.

Most snake encounters occur between the months of April and October when snakes and humans are most active outdoors.

Officials offer the following tips to avoid interacting with snakes:

-When hiking, stick to well-used trails
-Avoid tall grass, weeds, and heavy underbrush where snakes may hide during the day

-Look at your feet to watch where you step and do not put your foot in or near a crevice where you cannot see
-Do not step or put your hands where you cannot see, and avoid wandering around in the dark
-If a fallen tree or large rock is in your path, step up to it instead of over it, as there might be a snake on the other side
-Avoid approaching any snake you cannot positively identify as a safe species
-If you hear a warning rattle, move away from the area and do not make any sudden or threatening movements in the direction of the snake
Report a correction or typo
Related topics:
ncsafetyhealthbeachessnake
Copyright © 2022 WTVD-TV. All Rights Reserved.
BEACHES
Earth Day: NC sea turtle program helps restore population
Man o' war jellyfish arrive at NC coast earlier than usual
Museum honors Black crew that saved hundreds of lives in the 1800s
WATCH: Helicopter crashes off coast of crowded Miami Beach; 2 injured
TOP STORIES
NC Primary Election: What to know before you vote
Police looking for Johnston County man in Fayetteville double homicide
Shaw University rolls out plan to redevelop downtown Raleigh campus
Raleigh Fire, Police warn of looming problems without major pay raises
Baby giraffe fitted with orthotic at San Diego Zoo Safari Park
Baby formula maker Abbott says agreement reached to reopen plant
Cumberland County mom on mission to help other moms with infant needs
Show More
What we know about the victims of the Buffalo shooting
You can now order 3rd round of free at-home COVID-19 tests
NCCU law analyst: 'Replacement theory' driving increased hate crimes
Hamlin, Jordan team wins second NASCAR race
Reward offered for information on endangered red wolf death
More TOP STORIES News