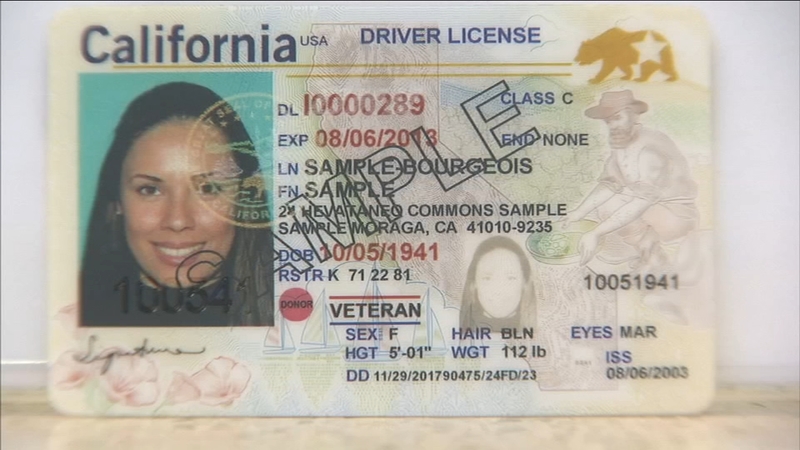 How can you tell if a driver's license is a Real ID?

NEW YORK -- As more Americans return to the skies for trips across the county, federal and state officials are sounding the alarm about a looming deadline that could potentially ground tens of million flyers.

Starting Oct. 1, any flyer over 18 will need to have a REAL ID-issued driver's license or another federally approved identification card if they are going to fly domestically. The regulation was put in place in 2005 to ensure that travelers' identity in light of the 9/11 attacks, according to the Department of Homeland Security, but only recently did all 50 states come into compliance.

With less than six months left until that deadline, the country is far from meeting the new standards, as only 43% of the U.S.-issued driver's licenses are REAL ID-compliant, according to DHS data.

Tori Emerson Barnes, the executive vice president of public affairs and policy at the U.S. Travel Association, a non-profit that represents the travel industry, said there are millions of Americans who either aren't aware of the new rules or are stuck in a backlog at their local department of motor vehicles (DMV) that have been hindered by the pandemic.

"The last thing the air industry and travelers need is another delay," Barnes told ABC News.

As the federal government mulls calls from governors to delay the deadline, which was already pushed back by a year due to the coronavirus, experts say states need to promote the REAL ID license upgrades and streamline the process as soon as possible.

REAL ID licenses require more proof of identity, such as a Social Security card, tax form or pay stub. In some states, REAL ID compliant licenses are the only form of licenses given out to residents, while others are optional.

Licenses that are REAL ID-compliant can be identified with a star or wording on the card that indicates it is compliant.

Travelers who wish to fly after the Oct. 1 deadline and do not have a REAL ID can use a U.S. passport or U.S. military ID to fly, according to DHS. Passengers with Enhanced IDs, which are used to travel to Canada, Mexico and some Caribbean nations without a passport and require additional proof of identification such as a birth certificate, are also accepted.

Ian Grossman, a spokesman for the American Association of Motor Vehicle Administrators, which represents DMV officials throughout the country, told ABC News there were a number of factors behind the slow rollout of the new IDs.

Although Congress approved the new rules in 2005, several states didn't begin to issue REAL IDs to their residents until years later.

Some state legislators and even federal leaders on both sides of the aisle challenged the act for concerns that it infringed on people's privacy and created problems for immigrants who may not have the necessary paperwork to get a license and fly.

The first states were certified for REAL ID in 2012 and it took the next eight years for all 50 states to be compliant, according to DHS records.

"The [states] that have a higher rate of enrollment are Georgia, Indiana, Nebraska, South Carolina and Maryland, because they were among the first states to offer it," Grossman told ABC News.

DHS said the pandemic was a setback for rollout more as DMVs had to cancel all of their in-person appointments and applications. Fortunately, the federal government announced in March 2020 that their original October 2020 deadline for air passengers to have a REAL ID would be postponed by a year, due to the pandemic.

As of April 8, 118 million of the 274 million state-issued driver's licenses in the country and IDs are REAL ID-compliant, according to DHS.

"The national adoption rate is increasing approximately .5% a month today, as compared to over 1% a month prior to the COVID-19 pandemic," the agency said in a statement.

With DMV offices now open to in-person appointments with smaller capacity, applications have begun to increase, but there is still a backlog, according to Grossman.

DHS officials said they are working with states to promote the REAL ID and help them guide license holders to get their cards updated. It also has an online portal that provides users with answers and information on the deadline and links users to their local DMV.

Barnes also said that airports and airlines have been informing customers who have returned to flying in the recent months about the REAL ID deadline.

"Some airlines and airports are informing them at the point of booking," she said.

Congress did provide states with assistance as part of its omnibus spending bill at the end of 2020. States now have the option of accepting documents for REAL ID applications, such as photo ID, online to speed up the process, according to the new rules.

"That technology is already available however some states have laws in their books where they needed a piece of paper in order to process the REAL ID application," Grossman said. "The omnibus bill gave them the money and approval to do it."

While Grossman said he's optimistic the federal outreach and new tech will make a difference in speeding up REAL ID applications, he said there is very little time to get a majority of Americans approved.

"It will take some time for DMVs to build up that new technology to process documents online," he said.

Barnes said her organization and other travel groups have also been in contact with the federal government and the White House about a possible extension and she emphasized that the people who will most be affected will be the casual travelers who don't know about the new regulation.

And with a post-pandemic demand soaring as more people are vaccinated and travel restrictions eased, Barnes warned that millions of adults might be grounded in the fall.

Barnes said the number of people screened at airports has been steadily increasing every month and she predicted there will be a large demand come Thanksgiving and the holidays.

"I do think more people are becoming aware of the REAL ID deadline, but there are many who don't and others who are still waiting to get their application processed," she said.

State leaders are also calling for another extension.

On April 8, the National Governors Association, which represents all 50 governors, put out a statement stating, "the prolonged impact of COVID-19 may require an extension," and called on Americans to apply for the license if they don't already have one.

A spokesperson for DHS told ABC News in a statement that the agency "is assessing the necessity to move the enforcement date."