Wake County man says he was kidnapped, forced to withdraw money from ATMs 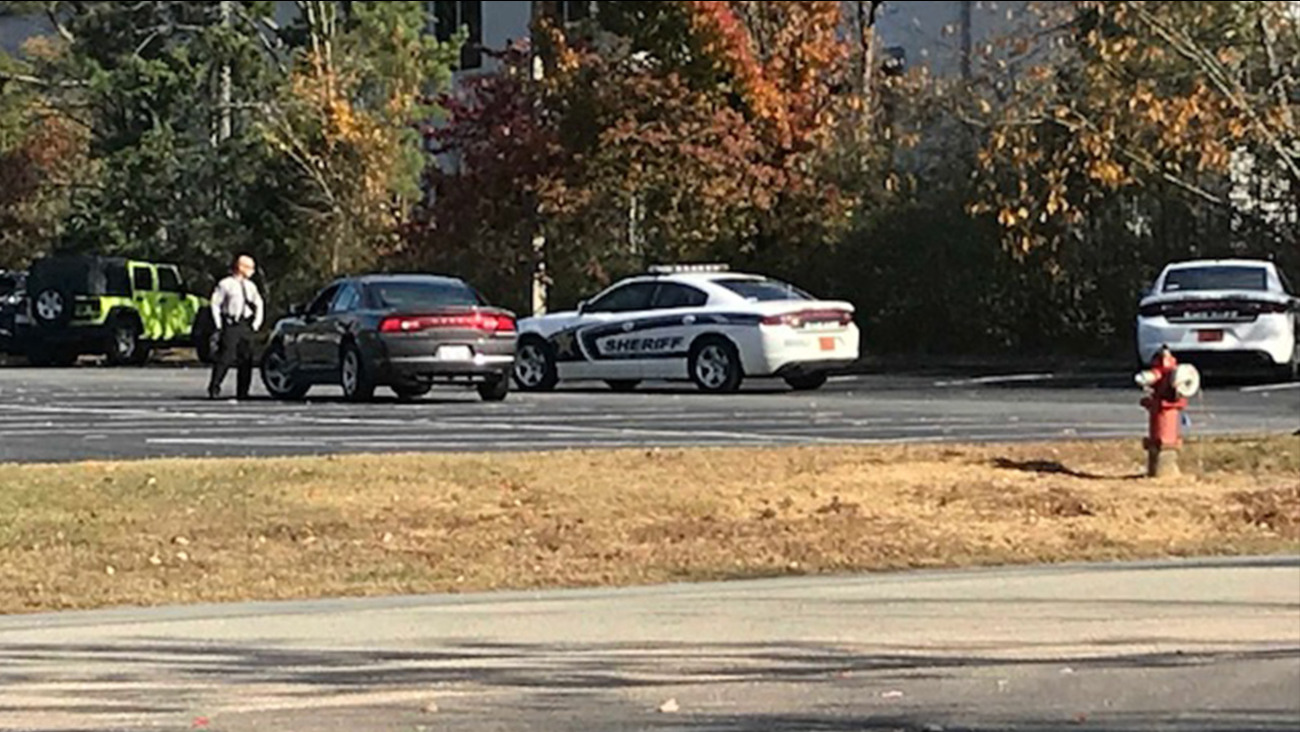 WAKE FOREST (WTVD) -- The Wake County Sheriff's Office is looking for the person accused of kidnapping a man and robbing him at gunpoint.

Reports show the victim was traveling south on Stony Hill Road near Durham Highway in Wake Forest when he came upon a vehicle blocking the roadway.

The victim stopped his vehicle, and he was approached by a man armed with a handgun.

The man claims the suspect got into his back seat and directed him to drive to the nearest ATM.

The victim drove to the State Employees Credit Union Cash Points located at NC 98 and Capital Boulevard in Wake Forest; the victim withdrew money and gave it to the suspect.

The suspect then directed the man to drive to the Coastal Federal Credit Union located at 10850 Wakefield Commons Drive, where the victim withdrew more money and gave it to the suspect.

The vehicle that was blocking Stony Hill Road is an older model green in color Toyota occupied by a driver with long blonde hair.

Anyone that has any information, please call the Wake County Sheriff's Office at (919) 856-6911.
---------------------
ABC11 has decided to slowly reduce the number of stories on the website that have a comments section. We believe very strongly that our audience should have an opportunity to discuss and debate events in our world, however, we have not been able to moderate the comments as well as we would like. Instead of hosting a platform that could allow a few loud and ugly voices to dominate a conversation, we want to encourage everyone to join us on our social media platforms and speak out there. Facebook: facebook.com/ABC11 Twitter: twitter.com/ABC11_WTVD
Report a correction or typo
Related topics:
wake forestkidnappingwake county newsatmarmed robbery
Copyright © 2022 WTVD-TV. All Rights Reserved.
TOP STORIES
Supersonic jet startup Boom to open factory in NC
Triangle contractor going to prison, must repay $4M
Amy Schneider's historic 'Jeopardy!' run comes to an end
NCDOT, local Food bank preparing for possible winter weather
How to store and care for KN95 and N95 masks
Snow possible this weekend but major impacts not expected
NCDHHS tool highlights how childcare woes pre-date pandemic
Show More
Number of people of color seeking mental health care rises
US Marshals Service share details into solving years-long cold case
Maintenance orders pile up at Raleigh Housing Authority
LATEST: Wake County reduces COVID-19 testing hours
NC leaders pushing workforce development to help state's economy
More TOP STORIES News