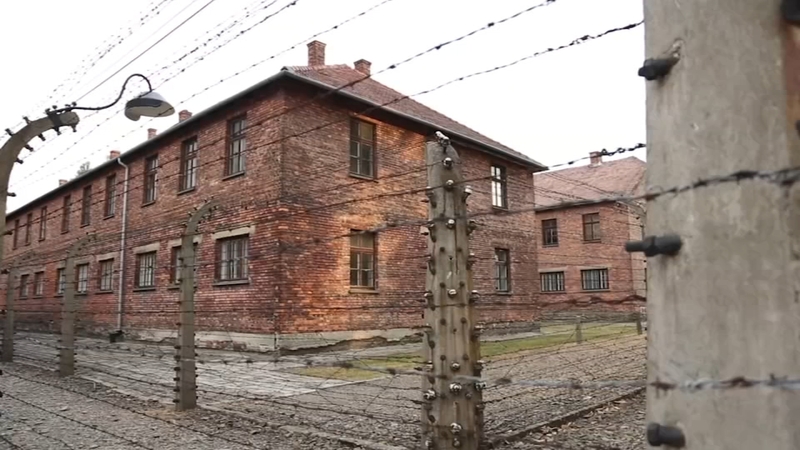 Change being made to Holocaust curriculum in NC public schools

RALEIGH, N.C. (WTVD) -- The Holocaust is not just a history lesson; it's a lesson for our time.

"It goes back to the actualization of hate," said Catherine Truitt, North Carolina Superintendent of Public Schools. "The danger of what happens when hate goes unchallenged and there is indifference in the face of oppression."

The Holocaust, the systematic genocide of six million Jews by the Nazis and their collaborators, is already taught in many schools across North Carolina, though the scope and specifics are left to the local school district or even the individual teacher.

"This law means we will be able to ensure that all students are learning about not just the Holocaust, but antisemitism, persecution, propaganda, discrimination, genocide. All of those horrific topics that we associate particularly with the Holocaust," Truitt explained.

As for what the lesson plans will look like, Truitt said she expects the curriculum to include survivor testimonies and multimedia presentations, among other primary sources, as well as examinations of modern manifestations of antisemitism.

"It has to be linked to real time and what's happening in the world. It has to be relevant for students," said Truitt. "What we hear on a day-to-day basis, it might not be genocide, but it certainly is acrimony amongst people and that acrimony takes lots of different forms about lots of different topics, but it goes back to that actualization of hate, and we want our students to have hard conversations."

Karen Klaich, a retired schoolteacher from Greenville and key member of the NC Council on the Holocaust, will be among those working with Truitt. Klaich, moreover, is a teaching fellow at the U.S. Holocaust Memorial Museum.

"I often got asked, 'Ms. Klaich are you Jewish?' I said, 'No, I'm not Jewish, I'm Southern Baptist.' The students then said, 'Well why are you doing this?' This is not a Jewish problem this is a human problem," Klaich said. "Antisemitism is called the longest hatred because it's been around for thousands of years. It extends into other areas. If you're going to do this to this group, then what is going to stop you from doing this to other groups?"

For decades, many survivors living in North Carolina visited middle and high schools, but the number of survivors still living and able to tell their stories is dwindling: Zev Harel, and cousins Rachel Kizhnerman and Shelly Weiner, among others.

Abe Piasek, among the most prominent and popular speakers in the Triangle, died last year at the age of 91. ABC11, in fact, spoke with Piasek in 2018 to mark 80 years since Kristallnacht, the night many historians consider the start of the Holocaust.

Klaich said that the responsibility is now on the next generation to bear witness.

"It's all of our responsibility because it speaks to the basic core of are we a decent people?" said Klaich.

In Raleigh, state lawmakers made a big push to make Holocaust and genocide education a mandated curriculum back in 2019. The Gizella Abramson Holocaust Education Act passed the house 112-0.

The bill, however, never made it to the Senate floor, so proponents negotiated to get it attached to the omnibus state budget proposal to give it its best shot at becoming law. The $24 billion budget bill, however, became mired in unrelated political divides over health care and teacher pay, leading to a veto from Democratic Governor Roy Cooper in 2020.

Fast forward to 2021, lawmakers negotiated a compromise budget that was signed by Governor Cooper. The deal included the Gizella Abramson Act, and earmarked $350,000 in the current fiscal year (2021-22) and $450,000 in fiscal year 2022-23 for implementation of the new requirements,