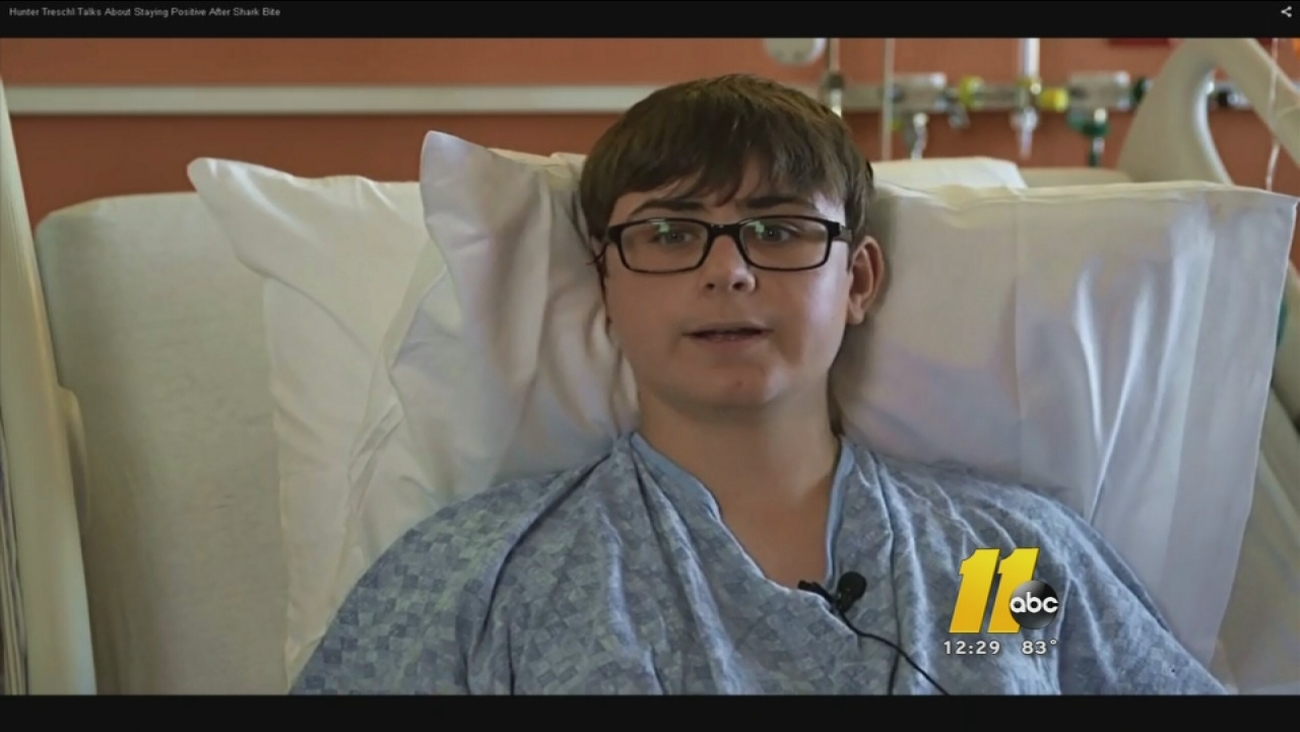 CHAPEL HILL, N.C. (WTVD) -- The 16-year-old whose arm was amputated after a shark attacked him has been released from a North Carolina hospital.

Officials at New Hanover Regional Medical Center said Thursday that Hunter Treschl of Colorado Springs, Colorado, was released Thursday. They said they would release no further information about the teen at the request of his family.

Treschl's left arm was amputated below his shoulder after a shark attacked him Sunday on Oak Island.

Also attacked that day was 12-year-old Kiersten Yow of Asheboro, North Carolina. She lost her left arm below the elbow and suffered a leg injury. A statement from her family on the website of N.C. Children's Hospital in Chapel Hill says she remains in good condition.

Earlier this week, Treschl released a series of videos about his traumatic experience from his hospital bed at New Hanover Medical Center.