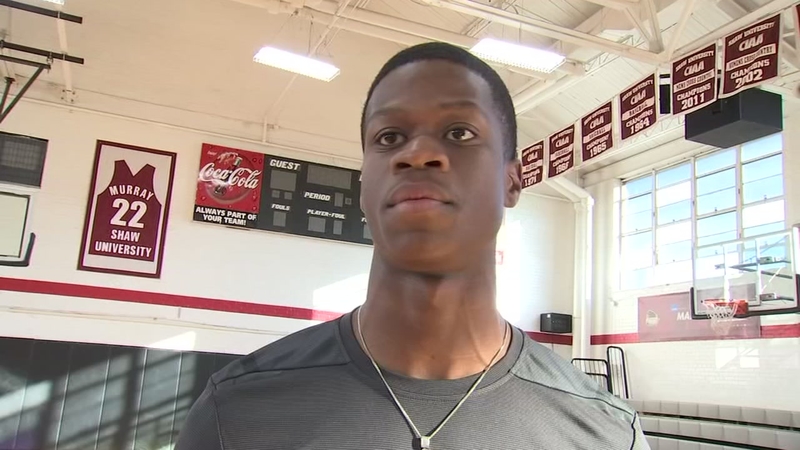 RALEIGH, N.C. (WTVD) -- The second-highest scorer in the state of North Carolina is probably a guy you've never heard of.

Amir Hinton is averaging 33.6 points per game, only trailing Chris Clemmons at Campbell who is racking up 33.8 ppg.

Hinton is in his first season with the Shaw Bears after transferring from Lock Haven University, where he played his first two seasons.

Hinton, a 6-5 junior from Philadelphia, set the Shaw record for most points scored in a single game with 49 on Tuesday night in the Bears' 95-90 overtime win against Barton.

He said his main goal is to make it to the NBA and also lead Shaw to a national title. The Bears improved to 5-2 after his sizzling performance against Barton.