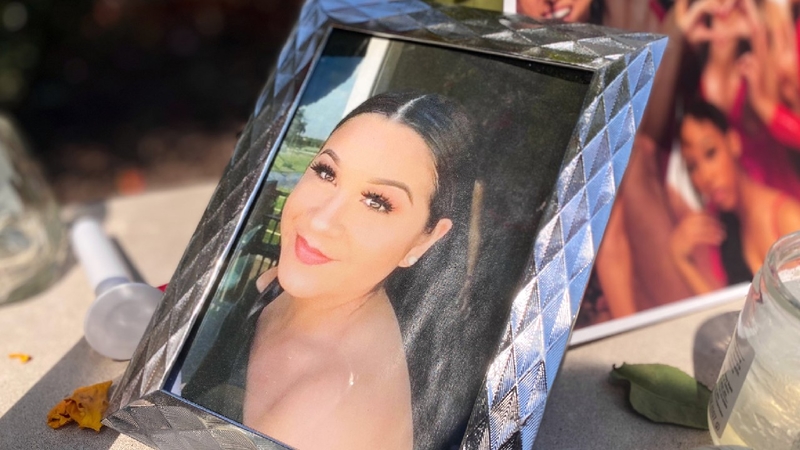 RALEIGH (WTVD) -- A 20-year-old Raleigh student who was found dead in her apartment this week had recently married the man accused of killing her, court records show.

Records from the Wake County Register of Deeds show that a marriage license was obtained for Erick Gael Hernandez Mendez and Christina Matos on Feb. 12 and the two were married on March 29.

Friends told ABC11 on Friday that the two didn't have a romantic relationship but Matos married him so he could get his green card. In exchange, the friends said, he would give her money.

Her brother said the family did not know the two were married.

"Eric was an illegal immigrant," Matos' friend Savannah Ferrell said. "That actually, he came to Christina in hopes that they could get married and he could be a legal citizen, and he promised, 'okay if we marry, I'll give you $15,000 and we kind of like, kind of go our separate ways and eventually get divorced in three years.' Christina had the full intention, just to get divorced, get her check and be gone. She was moving out of this apartment within a few months."

Friends also said Hernandez Mendez attended a vigil for Matos before he was charged.

"I just sat down. I was just looking at him like in shock that like, he carried the balloons with me. He cried in the car with me. Like I couldn't fathom that," friend Najiah Williams said.
Matos was last seen alive at her apartment last Friday, April 2, after going out with friends.

Her body was found inside her apartment at Signature 1505 on Hillsborough Street near NC State after a 911 caller requested a wellness check.

Raleigh police officers discovered Matos' body inside her locked bedroom, hours after her mother and brother had gone to check on her. Her mother had a key to get inside the apartment but couldn't open Matos' locked bedroom door.

Matos' mother and father said it was her first apartment. She shared it with roommates while she worked and took radiology courses at Wake Technical Community College.

Erick Hernandez Mendez made a first court appearance Thursday in connection with the killing of his roommate Christina Matos.

Hernandez Mendez, 20, was charged with murder in the case.

Her family said he was one of her roommates.

"When you know the people and (he) is (a) friend, it's very hard," said Matos' mother, Yolanda Matos. "It's very painful. This is tough for me and my family, because what happened? Why did a human do something like that? No respect, no remorse, no love. So, it's tough."

Police have not said how Matos was killed or why.

Hernandez Mendez is being held in the Wake Detention Center with no bond. The judge informed him that he faces the possibility of the death penalty or life in prison without the possibility of parole if he is convicted on the charge of first-degree murder.
Report a correction or typo
Related topics:
raleighmurdermarriagedeath investigation
Copyright © 2021 WTVD-TV. All Rights Reserved.
More Videos
From CNN Newsource affiliates
TOP STORIES