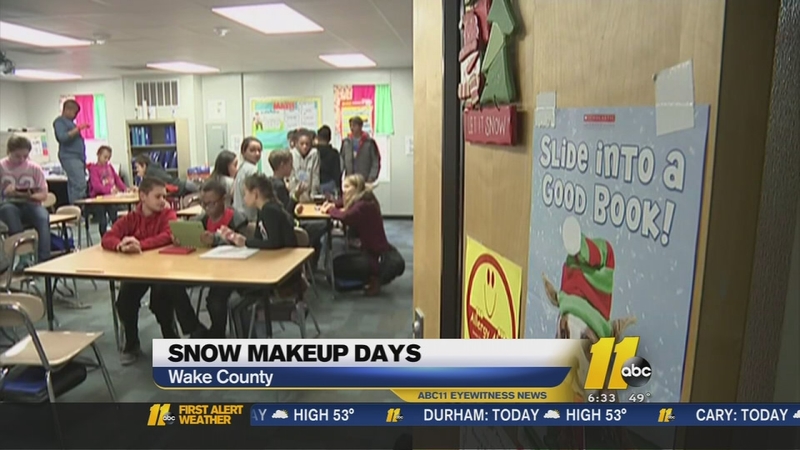 CARY, N.C. (WTVD) -- Despite it being spring break, many Wake County School students were in school Monday to make up days missed during recent snow storms.

The decision to cut into spring break came earlier this month, after the district stated that make-up days would not affect vacation time.

Deputy Superintendent of School Performance Cathy Moore said school leaders were only in the preliminary stages of planning when they announced they would use two Saturdays and Good Friday as make-up days instead.

"What we found was that in order to make good choices about which Saturdays to use we were being very restricted in our options," Moore explained.

Backlash from the change of heart prompted a Millbrook High School senior to create an online petition begging the district to "Save Spring Break," with thousands signing it.

Wake County School leaders later reached a compromise with teachers, parents, and students to schedule the make-up days during the break, and said students and staff would not get penalized for missing those days. They also said teachers will not be punished for missing work.

The district's traditional calendar is created two years in advance. Kushner said she and the school board will review next year's make-up days which are already listed.

"We will need to look at the process. We'll certainly be revisiting the '15 - '16 school year calendar and making sure that we release it in a way that has clarity," said Kushner.