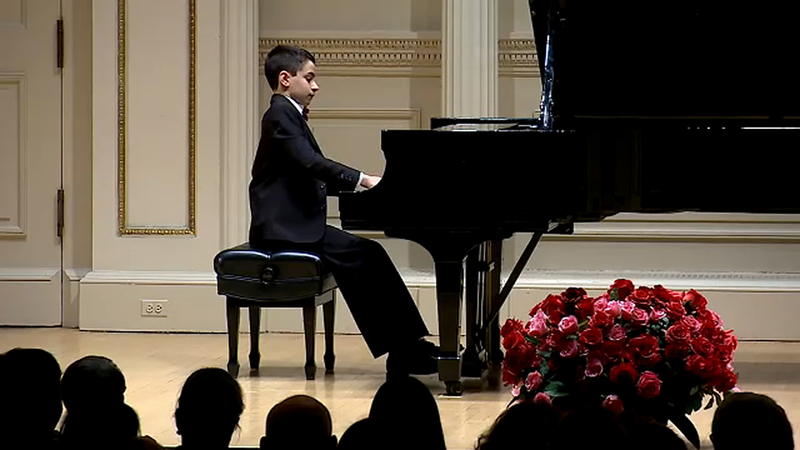 MIDTOWN, Manhattan -- It's the age-old question: How do you get to Carnegie Hall?

But for one special 12-year-old, the answer was more than just practice. First, he had to beat cancer.

The Ohio native was diagnosed with stage 4 neuroblastoma when he was an infant.

At one point, he was given a 25 percent chance to live.

But he used the piano as part of his treatment.

"I never imagined getting here," he said.

Daniel has been in remission for more than a decade.

He also plays the organ. He has one in his home that he built himself.

-------------
ABC11 has decided to slowly reduce the number of stories on the website that have a comments section. We believe very strongly that our audience should have an opportunity to discuss and debate events in our world, however, we have not been able to moderate the comments as well as we would like. Instead of hosting a platform that could allow a few loud and ugly voices to dominate a conversation, we want to encourage everyone to join us on our social media platforms and speak out there. Facebook: facebook.com/ABC11 Twitter: twitter.com/ABC11_WTVD
Report a correction or typo
Related topics:
societynew york citymedicalperforming artscancer
Copyright © 2021 WABC-TV. All Rights Reserved.
TOP STORIES
LATEST: Cooper calls out unvaccinated North Carolinians
Fort Bragg soldier dies at underwater training school
Healthcare worker has message for vax-resistant hospital workers
FORECAST: Another hot day today
USA's Suni Lee wins all-around gold
Galaxycon kicks off Thursday in Raleigh
Show More
Biden set to announce vaccine push for all federal employees
Some businesses reinstate mask mandate as COVID cases surge
What to know about tonight's NBA Draft on ABC
Fayetteville company opens first military base tattoo parlors
Woman hospitalized after capturing marriage proposal
More TOP STORIES News