Frustrated McDougald Terrace residents to remain in hotels another week 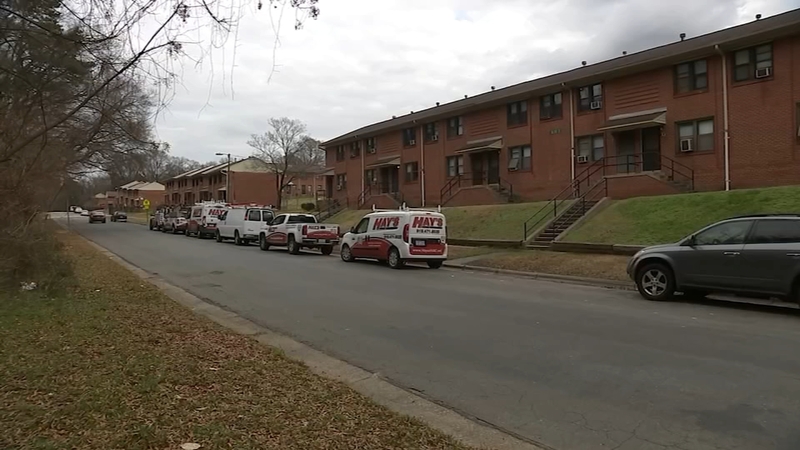 Displaced McDougald Residents to remain in hotels for another week

DURHAM, N.C. (WTVD) -- Displaced residents of McDougald Terrace will have to wait a little longer before returning home, ABC11 learned Friday as we continue to dig for answers in Durham's public housing crisis.

During an afternoon media briefing, the Durham Housing Authority said efforts to get people back into their homes revealed that 84 of the 198 units that have been inspected had elevated carbon monoxide levels.

DHA Chief Anthony Scott announced that residents who are staying in hotels will continue calling those rooms home for at least another week.

"It says the timeline of the ongoing inspection will require relocated McDougald residents to remain relocated for another week," the frustrated mom of three read.

"It sucks because I'm ready to get back. I don't pay my rent for me to be in a hotel. I'm just ready for all of this to be over," Williams said.

With her DHA-issued food card depleted, Williams foraged for food and supplies, returning back to her home only to find it inspected but still with a broken heater.

"I don't know what they've done but when I came in here my cabinets were all open. I haven't got no reports, no one called me and said anything to me," Williams said.

What was obvious was the overwhelming rotten egg smell; a tale-tell symptom of a natural gas leak. Even our crews had to take a break from the intense smell.

"When I came in here yesterday I almost fainted and passed out because it was so strong," Williams said.

Scott, DHA CEO said in a press conference that inspections would continue over the next week.

So far, 55 units are still occupied.

Scott emphasized the need for resident support but encouraged caution as the Attorney General is investigating several fraudulent GoFundMe accounts.

According to Scott, there's only one GoFundMe account that's been approved, The Good Neighbor Fund. Several others are proven frauds.

The Durham One Fund headed up by the United Way is a legitimate source for financial donations. The Salvation Army is coordinating and collecting physical donations for distribution.

On Saturday, the resident council will also collect donations from 2 p.m. to 6 p.m. at 51B Ridgeway Avenue in McDougald Terrace.

DHA will update residents on the ongoing crisis during a meeting set for 10 a.m.