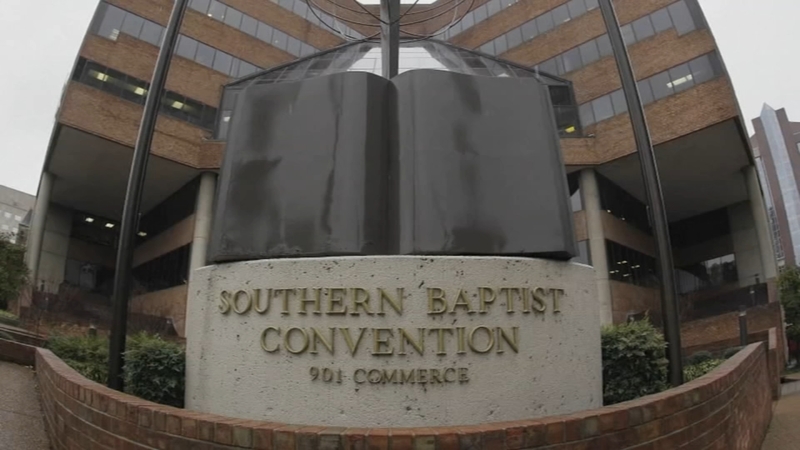 RALEIGH, N.C. (WTVD) -- Two days after the release of a blistering 288-page report on the Southern Baptist Convention's mishandling of sex abuse allegations in the church, SBC leaders pledged Tuesday to publicly release a secret list of hundreds of accused pastors and church-affiliated staffers.

It's something survivor advocates like Ashley Easter have been calling on SBC to do for years.

"I think they did this because of the public pressure," Easter said. "And I have a lot of skepticism about what they're going to do now that this is released."

Easter, a one-time Raleigh resident who is also an abuse survivor, told ABC11 that the report's findings that SBC "stonewalled and denigrated survivors of clergy sexual abuse for nearly two decades" should come as no secret.

"Not only did survivors and advocates know this for years, but pastors, leaders in the Southern Baptist Convention knew this for years and purposely tried to hide these details," said Easter who now serves as executive director of Courage 365, a nonprofit aimed at elevating the voices of abuse survivors.

When SBC releases the list of offenders, it's likely to include many of the names outlined in a bombshell report from the Houston Chronicle in 2019. Including local names such as Justin Taylor, a seminarian at Southeastern Theological Seminary in Wake Forest who was charged in 2007 with abusing a 10-year-old at a Wake Forest YMCA program.

Danny Akin, the current president of the seminary told ABC11, "We need to be very determined that we're going to make changes for the future."

At The Summit Church in Durham, Pastor J.D. Greear, is one year removed from his three-year term as president of the Southern Baptist Convention, the nation's largest denomination of Protestants. His presidency was consumed by fallout from the firestorm. Greear spoke to ABC 11 about where the church went wrong.

"Our failures put survivors in a position where they were forced to fight for themselves when we should've been fighting for them," he said.