'We sinned': Church leaders react to report on sexual abuse in the Southern Baptist Convention 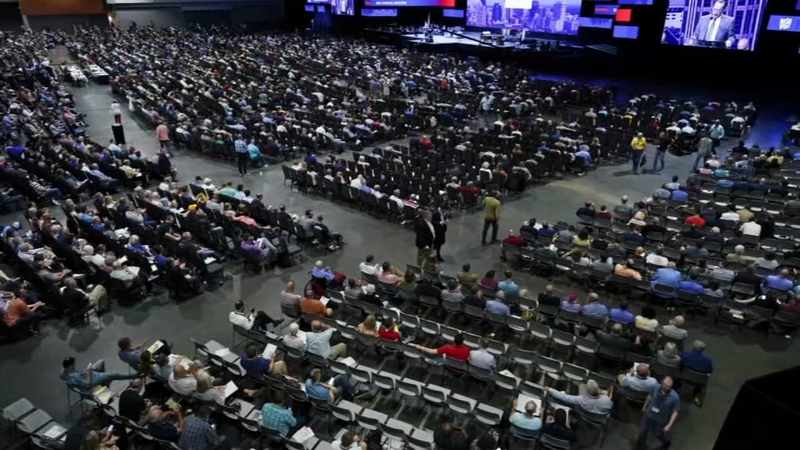 RALEIGH, N.C. (WTVD) -- According to an investigative report released Sunday by Guidepost Solutions, leaders of the Southern Baptist Convention frequently ignored and shut down survivors of sexual assault while mishandling many reports of the abuse.

Former president of the Southern Baptist Convention and pastor of The Summit Church J.D. Greear called the report heartbreaking.

"There was a handful of leaders that were more interested in protecting the reputation of the institution than they were prioritizing the needs of victims," Greear said. "And our failures put survivors in a position where they were forced to fight for themselves when we should have been fighting for them."

The 288-page report is the result of a seven-month investigation by the outside party Guidepost Solutions. Delegates of the Southern Baptist Convention, which is the largest Protestant denomination in the U.S., called for an investigation into sexual abuse at the denomination's national meeting last year, Greear said.

Greear said the report is the result of inadequate awareness and failures in having procedures to protect members of the Church.

"Ultimately there's got to be a change in the culture that recognizes that the priority of safety for people and protection for the vulnerable -that these things are among our most important duties as leaders of the Church," Greear said.

According to Danny Akin, President and Professor of Preaching and Theology at Southeastern Baptist Theological Seminary, members of the Southern Baptist Convention must remain proactive, addressing the report rather than concealing it and taking steps to prevent further sexual abuse.

"We made serious mistakes and errors in judgment. In some areas, we sinned against victims and therefore we need to ask God's forgiveness, we need to ask their forgiveness and then we need to be very determined that we're going to make changes for the future that will again prevent and certainly limit the possibility for things like this to happen again," Akin said.

Though this report describes assault within the Southern Baptist Church, Executive Director of the North Carolina Coalition Against Sexual Assault Monika Johnson-Hostler said sexual violence remains a culture within institutions and occurs every day.

"I think all of us have a responsibility to survivors who are brave enough to come forward, to ask the questions and actually actively engage to change the culture because sexual violence is a culture in institutions," Johnson-Hostler said. "And part of that culture is ignoring the fact that how prevalent it is and that it can happen to anyone."

According to Johnson-Hostler, silence and ignoring instances of sexual violence allow abuse to continue.

"We perpetuate the cloak and the environment for sexual violence to still happen, which means people will still be harmed if we don't acknowledge what's wrong and acknowledge that we have to do something," Johnson-Hostler said.

"We're human. So we have to talk about 'How do we train people to respond?'" Johnson-Hostler said. "'How do we create systems so that people can feel protected and report it if it does happen? And then how do we create accountability systems?'"

Akin called for more reforms to be made within the Church, referencing recommendations within the report.

"I hope that we will weigh carefully their recommendations and adopt many, if not all of them," Akin said. "And that then, both on the SBC entity level, but even down to local churches, we will become aware of just how prevalent this has been and that we will take the steps necessary to prevent things like this from happening again."

When serving as president, Greear said he called for a task force to study the issue and put reforms in place to prevent sexual abuse including requiring churches to remain aware of policies such as implementing background checks, establishing a curriculum for churches to use and developing an accountability structure. Greear was not able to accomplish all reforms he worked toward by the end of his presidency, he said.