After loss of brother, Alexander plays Bucs' starring role with a heavy heart 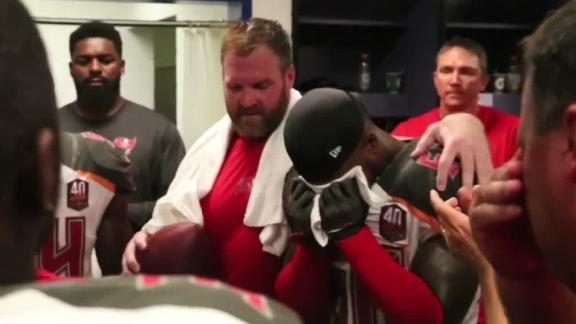 ESPN
By Matt Winkeljohn
ATLANTA --Kwon Alexanderexcelled for the Tampa Bay Buccaneers Sunday in their upset win over the Falcons, and the rookie linebacker did it with the heaviest of hearts less than 48 hours after his 17-year-old brother was killed.

After leading the Bucs with a game-high 11 tackles and assists and adding an interception and his first fumble recovery in the Bucs' 23-20 overtime win, Alexander took longer to dress than all but a few teammates. He then acknowledged the loss of his brother, Broderick Taylor II, who was shot to death during a fight in their hometown of Anniston, Ala.

"It's been hard, man," he said. "He was my little brother, but I know he'd want me to be strong for him, and I came out here and dedicated this game to him. [I was] very determined because [he] wanted me to do it. All he wanted me to do is ball, so dedicated it to him."

Alexander took to Twitter after the game to share his thoughts and pay tribute to his brother.

Tampa coach Lovie Smith said he did not interfere with Alexander's decision to play.

"I left it up to him," Smith explained. "I can't imagine losing your 17-year-old brother when you're fairly young, too. Again, football is a haven for you sometimes. It's a place to go ... his teammates were there for him, being supportive."

Alexander, a fourth-round draft choice out ofLSUfollowing his junior season, played the best game of his young career, picking off Atlanta quarterback Matt Ryan in the end zone on the first possession of the game.

He took off on a 93-yard return, caught at the Falcons' 11-yard line by Atlanta wide receiverJulio Jonesonly to have his leaping pick wiped out because teammateJacquies Smithhad jumped offside prior to the snap.

That did not slow the Oxford, Alabama, native, who turned 21 on Aug. 3.

On Atlanta's next possession, he stripped Jones from behind on the end of a 41-yard catch-and-run, stole the ball and returned it 20 yards.

That takeaway set up a 38-yard field goal byConnor Barthto tie the game at 3 with 2:03 left in the first quarter.

Alexander, whom ESPN.com tabbed as a first-team All-SEC pick last season, was far from finished.

He stepped in front of Ryan's pass for tight endJacob Tammein the second quarter, intercepted and returned it 15 yards to trigger a Tampa drive that ended with a 20-yard touchdown pass fromJameis Winstonto reserve tight endCameron Brate. The Bucs led 13-3 on Brate's first career score.

Shortly before midnight Friday, Alexander tweeted about his brother, who, according to The Tampa Bay Times, was killed close to where the two brothers grew up:

Taylor was, according to Alexander, "a very goofy guy. Tall, goofy. He loved to make people laugh. He was a good person."

Buccaneers teammates rallied around the grieving Alexander, knowing he was playing with heavy emotions Sunday.

As Alexander left the field, his emotions finally caught up with him.

He broke down in tears.

He was ready to get back to his family.

"When you're doing something for a purpose, family is a strong thing,'' Winston said. "When something happens to your family and you're a true man and you go out and represent for your family like that, that just says a lot. Everybody in that locker room has tremendous respect for the man that he is.

"For him to be a rookie is even more amazing,'' the quarterback added. "That's my brother.''

Alexander expressed thanks to his teammates for keeping his spirits up.

"Just losing my brother, and them being there, my brothers, I appreciate them," Alexander said. "It means so much to me that they're there for me."

Bucs honor Kwon Alexander after inspired game
Buccaneers coach Lovie Smith and Logan Mankins give the game ball to an emotional Kwon Alexander, who played a remarkable game on defense after the tragic death of his younger brother. 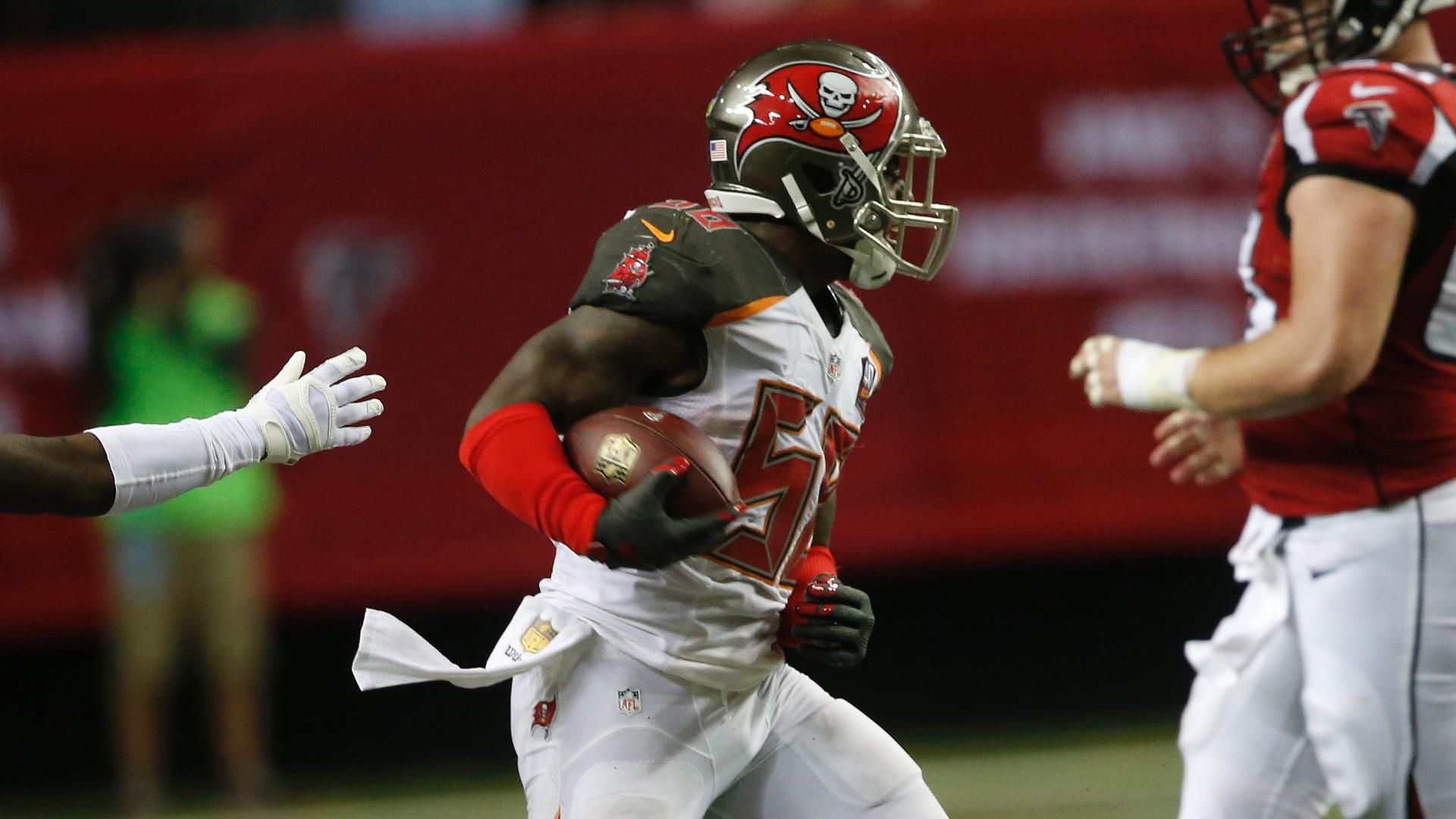