Coalition: Players will 'fight for meaningful change for as long as it takes' 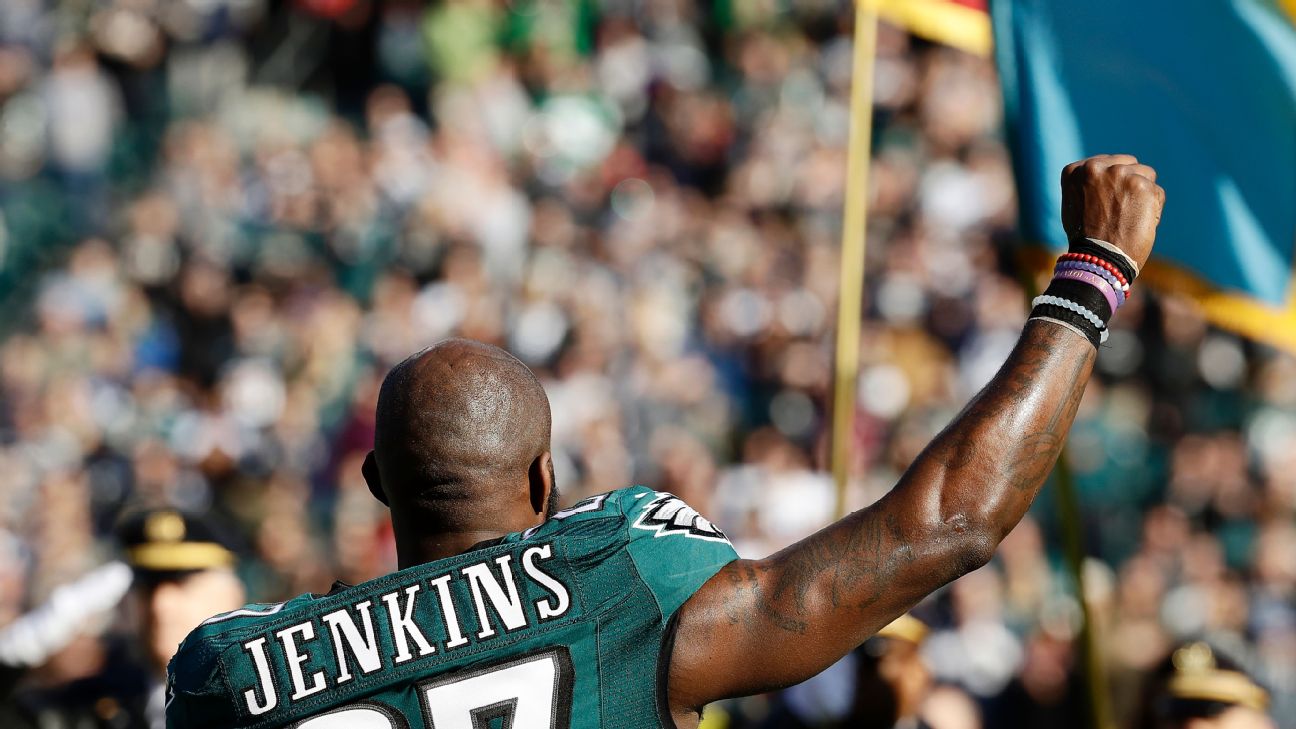 As the 2018 season prepares to kick off Thursday, the Players Coalition is asking fans and the media to focus more on their fight for social justice than whether specific players are kneeling during the anthem or otherwise not participating.

The Players Coalition, a group of NFL players focused on bringing awareness to systemic issues in America, wrote an open letter published on The Players' Tribune on Wednesday. In the letter, the players say they will continue to "fight for meaningful change for as long as it takes," saying it's their duty as Americans.

"Our work will continue this season. We hope the media stops asking the same old questions about, 'Will they or won't they protest?' Instead, we want them to focus on our efforts to create a better country for every citizen, and on the reasons why we have not yet met that goal," the players wrote. "And we hope that the press, our fans and our skeptics recognize that our desire to draw attention to these pressing issues, either through protest or our off-the-field work, is our own vow of loyalty."

The players promoted their work in meeting with politicians, police officers and community organizations.

The letter also praises the work of Colin Kaepernick.

"Colin Kaepernick started a movement through protest, taking a knee to put a laser focus on the men and women who have died because of police brutality," the players wrote. "His efforts have inspired us to work on behalf of our lost brothers' memory to try to stop the carnage. He did this at great personal cost to himself. Surely it's an act of patriotism to forfeit your job to fight for others."

Last year, the Players Coalition helped to negotiate a plan with the NFL that would see the league contribute nearly $100 million to causes considered important to African-American communities, according to documents reviewed by ESPN. The NFL had hoped the agreement would lead to an ending of protests during the national anthem. The agreement also fractured the coalition, with some players announcing they were withdrawing from the group.

The NFL passed a new anthem policy in May, but those new rules are on hold as the league continues negotiations with the players' union.